According to various reports, Browett has been fired.

Even as his appointment was announced in January (Browett actually began his role in April) the selection (Apple CEO Tim Cook’s first hire) has met with criticism.

At the time Tim Cook responded to a customer’s email that was reported to have expressed concern over the hiring of Browett. In the purported missive, Cook said he: “Talked to many people and John was the best by far…His role isn’t to bring Dixons to Apple, its [sic] to bring Apple to an even higher level of customer service and satisfaction.” 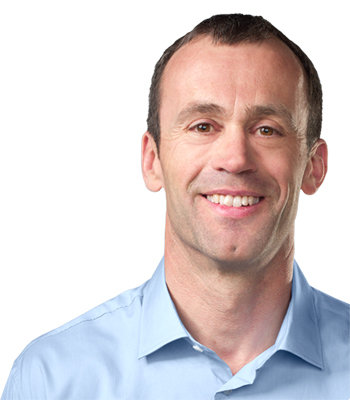 As noted, Apple announced the appointment in January but Browett began his role in April. Unfortunately from day one Browett appeared to make a number of missteps.

On 3 April we reported that Browett had revised the company’s scheduling practices, meaning already stressed employees would need to work more hours.

Then, in June, Apple received criticism for paying its retail staff low salaries, despite stressful working conditions and long shifts with no breaks.

Just as that news broke it emerged that Apple Store employees would get pay rises. Great news, until news broke in August that Apple was laying off numerous recently hired retail staff. The UK was allegedly the most affected. According to one report, in a particular UK store, all Apple retail staff with under six months of service has been let go, including a group who had just completed their training and were hired less than a month ago.

At the time it was suggested that the layoffs were to pay for the 25 percent pay rises, but a week later, Apple was going back on its decision and hiring them back.

However, according to reports, Apple had been using a new formula to calculate its staff levels at retail stores, which had led to a wave of layoffs and a cut in shift hours.

Then Browett, issued a formal apology and admitted that the company had “messed up” but was back on track, hiring new staff to meet demands.

Apple spokesperson Kristin Huguet added: “Making these changes was a mistake and the changes are being reversed, our employees are our most important asset and the ones who provide the world-class service our customers deserve.”

Further reports credited Browett’s desire for an increase in Apple’s retail profit margins for this series of changes that has affected Apple retail store employees. Sources with “close ties to the store” claimed that Browett thought the stores were “too bloated” with employees and started making cuts, disregarding the “strongly-worded advice from Retail segment veterans that reducing personnel ahead of the September introduction of the iPhone 5 could create a customer service catastrophe.”

Back in September, John Browett spoken to employees worldwide, thanking them for their customer service and dedication to their jobs, and also hinting at upcoming products and retail improvements.

While Cook looks for a replacement to head up retail, the retail team will report directly to him.

Browett is also a former CEO of Tesco.com and has a degree in Natural Sciences from Cambridge University and an MBA from Wharton Business School. He took over the post of Senior Vice President of Retail from Ron Johnson, who left the company after 10 years to join JC Penney. Johnson is the man behind the creation of the company’s chain of Apple Stores.