While expected delivery dates for the iPad mini are being pushed back, one lucky customer in France has received their iPad mini a day early. Those Apple fans desperate to get their hands on a new iPad tomorrow may be wise to join a queue on Friday morning as the anticipated Apple mania around this launch is expected to be muted and they are likely to find that queues are far shorter than previous Apple launches.

A post on French website iGen.fr shows the unboxing of a new iPad mini delivered to a reader ahead of tomorrow’s launch. The reader claims he ordered the iPad mini though French reseller Darty.

Less lucky Apple customers who have visited the Apple website to track their order are finding that the expected delivery dates have slipped. In two UK-based cases we are aware of, the iPad mini (without cellular) was ordered on 26 October, with an expected delivery date of 2 November, but now those shoppers are finding that the model will not reach them until around 16 November.

The LTE model of the iPad mini was always anticipated to experience delays. When the fourth generation iPad was announced, Apple said it would ship two weeks after with the mini, which is to launch on 2 November. That suggested the 4G ready version would be ready to ship on 16 November. Now Apple is suggesting a shipment date of 23 November for those who preordered LTE iPad minis on day one. 9to5Mac suggests that shipping of that model could be delayed even further to December.

Join a queue for the iPad? 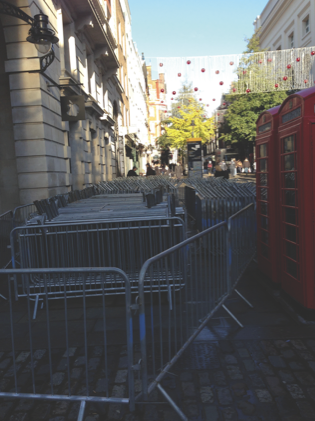 If the dispatch of your iPad mini has been delayed you may still be in with a chance of getting your hands on one on Friday. As yet there are no fans queuing outside the Apple Stores in the UK, although judging from this photograph taken outside the Covent Garden store this morning, Apple clearly anticipates that there will be a queue of people hoping to buy a new iPad mini tomorrow morning.

According to the current poll on our site which asks: ” Will you be buying a new iPad” around five Macworld readers intend to queue up to buy an iPad mini and a further five will be queuing to buy an iPad 4.

So far the poll shows that the majority of respondents have no intention of buying a new iPad, with 23.2% saying “no, I only just bought an iPad 3”.

The results suggest that 38.8% of readers will be purchasing a new iPad (mini or 4th generation), and 61% will not. The iPad mini will be purchased by 23.7%, while the iPad 4 will soon be in the hands of 14%. Of the respondants, 7% have said they are “happy with my non-Apple tablet”.

In the week that Apple is to launch the iPad mini and iPad 4 a two-minute video of the iPhone 5 launch day has been published on YouTube. Since being published on 24 October the video has received 35,523 views. The big question is, will as many people queue up on Friday to buy an iPad mini or iPad 4, or is this going to be a lacklustre launch.