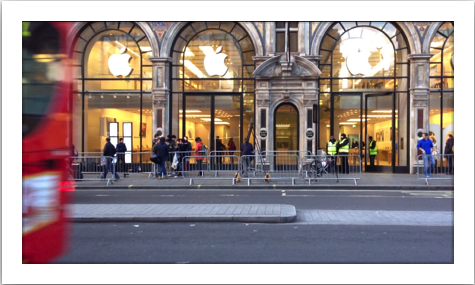 It was a cold night but that didn’t stop some of the usual suspects, and a few new faces, from camping outside the Apple Store on Regent Street.

Number one in the queue, although we didn’t see him when we visited the store last night, was Zohalib Ali. A familiar face, Zohalib was number one in the queue for the iPad 3. This time Zohalib was representing a charity for people with Autism and special needs. He told us he arrived yesterday morning and was going to purchase the 16GB white iPad mini. 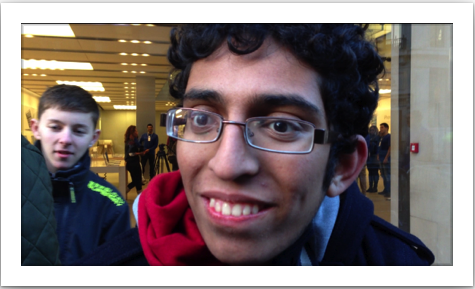 Last night we spoke to Noah, the only person outside the store at around 6pm. At the time he was: “Just waiting too see if anyone else turns up”. What if they don’t, we asked? “Maybe I’ll go home,” he admitted. There was no need to go home as some company arrived not long after we wondered over to the Covent Garden store (where there was nobody queuing). Next morning, discussing the fact that fewer people queued up for the iPad mini Noah suggested: “Maybe it’s just really cold,” adding, “I don’t think it’s going to be that popular to be honest”. Nether-the-less, the experience of queuing was still fun. “It was cold, but good like every launch. We have a good time. It’s just a bit of fun really.” We asked which iPad he would be buying: “I haven’t decided yet. Either ther 16GB or 32GB iPad mini. I’m going to take my Google tablet back. I got that about a month ago,” just before the iPad mini was announced, he admitted. 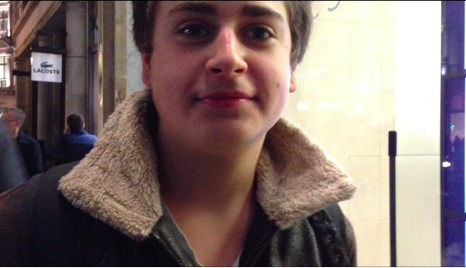 Jason Brading and Joseph Lazarus arrived at around 6pm last night to take third place in the queue. “I’ve queued on many occasions, not always at Regent Street though. Normally I go to Lakeside,” Joseph revealed. We wondered whether Lakeside shopping mall would have been a better option for November: “You have to queue up outside at Lakeside,” Joseph told us, describing the night on Regent Street as “cold and long.” As for which iPad: “I’m not even getting one, I’m queuing up with my friend. I think the iPad’s good, but it’s a bit small. People are calling it a big iPod touch rather than an iPad.” Joseph already has an iPad: “I use it for general web browsing, games, apps, videos. I think the bigger screen is necessary, but now Apple is trying to compete with stuff like the Kindle. For £270 it will still be a Christmas hit.” 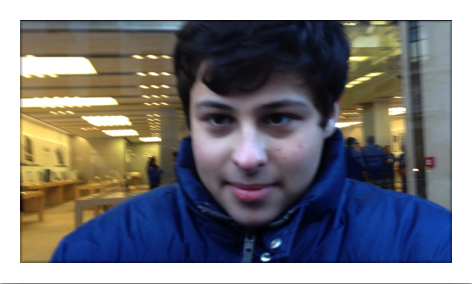 Joseph’s friend Jason told us: “This is the first time I’ve queued here, but I’ve queued for three other launches at Lakeside.” So why come here and not go to Lakeside? “It’s more public transport accessible to get here”. We wondered how the communities at the two stores compare. “In Lakeside it’s the same, you tend to build a bond with the people in the queue, you get talking to those people”. Will he come back? “Yes, probably”. Jason was planning to get the 64GB iPad mini in black or white – undecided as to which colour. “I used to have the iPad 3 but I sold it so I could buy this one,” he told us. So were you annoyed about the iPad 4, we asked? “I was a bit annoyed,” he admitted. 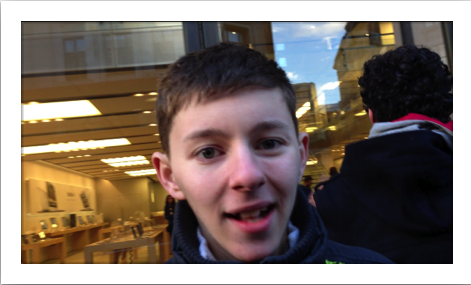 Next in line was Talao, from Saudi Arabia. Talao arrived at 11am last night to take fourth place in the queue. “This is my first time queuing,” he told us. “Not many people showed up in the beginning. It’s not as packed as it usually is. But it was exciting. It was an experience and I met loads of new people from different cultures and learned why they want an iPad, I’ve learned a lot of things about the iPad.” Was it cold, yes, but “I came prepared”. Would you come back? “Hopefully, but I think one night is more than enough”. 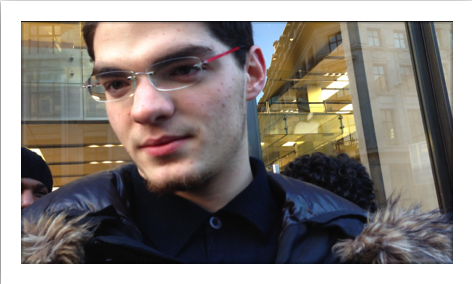 Emma Fosterson from Sweden was planning to get a black 16GB iPad mini. She already owns an iPad 2 but is giving that to her mum: “I don’t use it,” she admitted and had decided to go for the iPad mini because “It’ll fit in my pocket.” This was Emma’s first time queuing. “It was really cold,” she said, “but we got free coffee.” 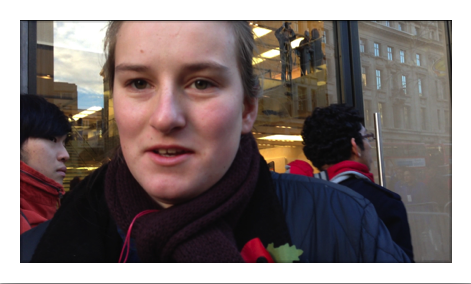 With Emma was her friend Martin, the two Swedish students had arrived at 3.30am last night. This was his first time queuing. “I have an iPhone, iPad 2, a MacBook. It’s not actually my iPad, it’s the family’s, but I use it a lot.” Martin was buying a “black 16GB iPad mini.” He said: “I think it’s more suitable when you travel a lot. The 10in screen is quite big.” 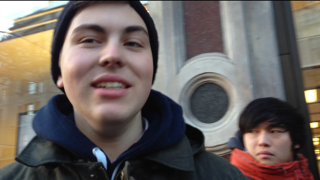 The queue didn’t end at the front of the store, however. Walking round the corner we found at least 200 people waiting, although few had arrived much earlier than 8am.

The general consensus was that there were far fewer people queuing up to buy an iPad mini than queued to buy an iPad 3 earlier this year. As for the iPad 4, nobody even mentioned it.

Piper Jaffray analyst Gene Munster predicts that Apple will sell up to 1.5 million iPad minis during its launch weekend. Three million New iPad 3 units were sold in the opening weekend earlier this year.