Apple appears to be removing third-party emoji apps from the App Store, now that iOS devices have built-in emoji support.

MacRumours reports that, with loads more emoji characters supported in iOS 6, Apple has decided that third-party emoji apps are now redundant, and has begun sending developers notices to let them know that their apps are being removed from the App Store. The emoji keyboard was originally made available worldwide in iOS 5.

The notice received by several emoji app developers reads: “We are writing to let you know your app, xxxx, has been removed from the App Store because it is no longer needed to unlock Emoji.”

“Since iOS 6 now provides Emoji support to all users, your app is no longer in compliance with the App Store Review Guidelines,” the notice continues. ” 2.12 Apps that are not very useful. Are simply web sites bundled as apps, or do not provide any lasting entertainment value may be rejected.”

Read next: How to use emoji | What is emoji? 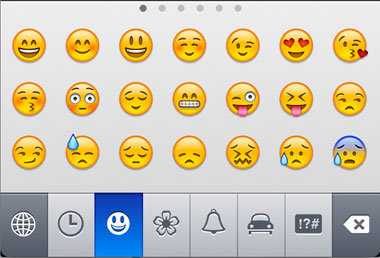 The timeline for Apple’s removal of the apps is currently unknown, but many emoji apps are still available on the App Store for now.