Pixar has named a building after Steve Jobs, Apple’s late co-founder and CEO of Pixar.

A photograph of The Steve Jobs Building’s entrance was tweeted by a Pixar employee this week, showing what is thought to be the main building on Pixar’s California campus with its new name.

Jobs contributed to the design of Pixar’s headquarters, a building that he was determined to ensure would stand the test of time. “He didn’t want a standard office-park building – one with corrugated-metal siding or ribbon windows. The building had to look good 100 years from now. That was his main criterion,” said Tom Carlisle, Pixar’s facilities director.

Jobs also wanted to bring together teams from all sectors of the company in the building. “I’ve never seen a building that promoted collaboration and creativity as well as this one,” said John Lasseter, Pixar’s chief creative officer. 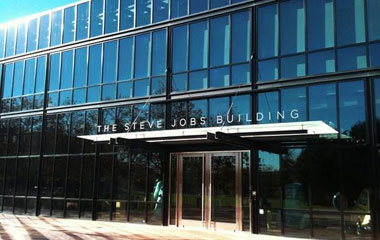