Apple executive Eddy Cue has joined the board of directors at Ferrari, the company announced on Wednesday.

Cue, who is senior vice president of internet software and services at Apple, leading the company’s iTunes Store as well as other services including Siri, iCloud and Maps since the executive shakeup at Apple, said in a statement: “I have personally dreamed of owning a Ferrari since I was eight years old and have been lucky to be an owner for the past five years.”

“I am pleased and proud to become a member of the board,” Cue continued. “I continue to be awed by the world-class design and engineering that only Ferrari can do.”

Chairman of the board at Ferrari Luc di Montezemolo said in a statement on Wednesday: “I am delighted that Eddy Cue, one of the main driving forces behind Apple’s range of revolutionary products, has now joined our board. His huge experience in the dynamic, innovative world of the internet will be of great assistance to us.” 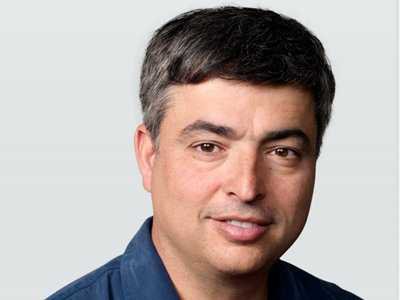 Business Insider reports that Cue’s appointment on the board at Ferrari suggests that Apple CEO Tim Cook is “loosening the reins” on the company’s employees.

Author of ‘Inside Apple: How America’s Most Admired – and Secretive – Company Really Works’ Adam Lashinsky noted in his book that Apple’s late co-founder Steve Jobs wouldn’t allow his company’s executives to sit on other boards because it could distract them from their work at Apple.

An exception to this was when Jobs allowed Cook to join the board of directors at Nike in 2005. Apple and Nike now work together on fitness features in iOS devices.

Earlier this year, di Montezmolo revealed that he had met with Cook to talk about corporate strategy and management styles. “We’re building cars, they build computers,” he said. “But Apple and Ferrari are connected by the same passion, the same love for the product, maniacal attention to technology, but also design.”