Nokia has announced that an iOS version of its Maps service, called ‘Here’, will be arriving on the App Store soon (as long as Apple approves it).

Michael Halbherr, executive vice president of Location & Commerce and responsible for the Here brand said: “Maps are hard to get right – but location is revolutionizing how we use technology to engage with the real world. That’s why we have been investing and will continue to invest in building the world’s most powerful location offering, one that is unlike anything in the market today.” 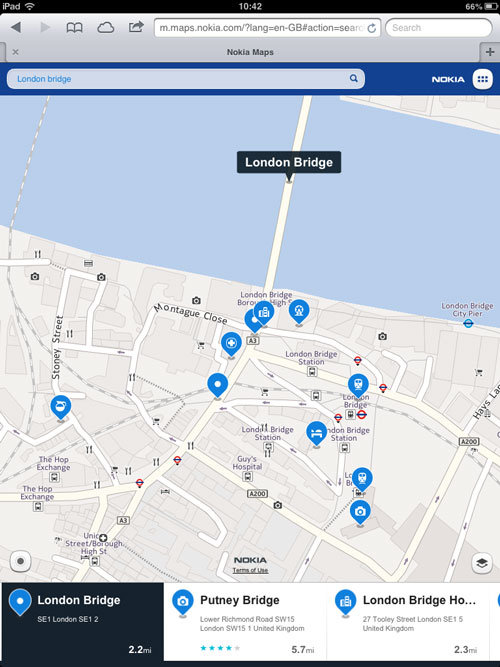 Nokia has also announced its plans to enhance the 3D capability of Here due to its aquisition of Earthmine, a company specialising in capture and processing technology. This is expected to enable Nokia to provide a service similar to Apple’s FlyOver.

All apps on the App Store have to meet with Apple approval, although we expect Nokia’s Maps app to gain approval.

Apple has faced considerable criticism for removing Google Maps from iOS a year before the contract between Apple and Google was finished. Apple has publically stated that it is working non-stop to improve Maps.

Google is also believed to be creating a iOS-based app for its Google Maps service.