Reports suggest that Google is testing a Maps app for iOS, and is getting ready to submit its app to the App Store.

Apple removed Google Maps as the default map service on iPhone, iPod touch, and iPad devices with the iOS 6 update. Replacing Google Maps with its own Apple Maps service. Apple Maps has come under considerable criticism for inaccuracies, and out-of-date information; despite also including free turn-by-turn navigation and Siri support. The backlash against Apple Maps resulted in Apple CEO Tim Cook issuing an apology on behalf of the company. 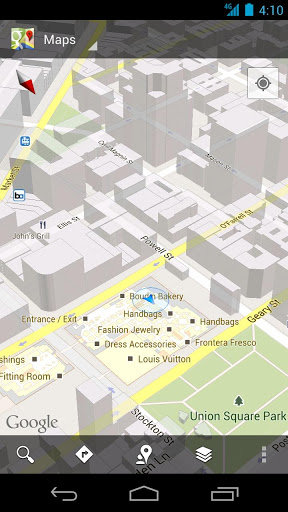 Website All Things D is claiming that Google has distributed a version of Maps for iOS to individuals outside of the company. The Google Maps app is said to now include turn-by-turn navigation, a feature that Google previously refused to allow in the app on iOS, instead preferring to keep it exclusive to Android devices. The Telegraph reports that this was the row that allegedly led to Apple removing it from iOS.

All apps that run in iOS 6 have to be submitted for Apple for approval, and has been known to block apps from appearing on the app store, especially if they duplicate core functionality. There is some musing that Apple could block Google Maps from the app store, although the presence of other apps, and Tim Cook’s public apology suggest that Apple would approve Google Maps back in iOS.

There was also speculation that Google might want to keep Google Maps as an Android exclusive, to promote its own operating system and handsets. However, since Apple introduced its own Maps app, Google has seen its maps marketshare plummet in some territories (by up to 50 per cent in China, for example).

It seems that both Apple and Google, as well as customers, may benefit from a Google Maps presence in iOS 6.

A Google spokesman said, “We believe Google Maps are the most comprehensive, accurate and easy-to-use maps in the world. Our goal is to make Google Maps available to everyone who wants to use it, regardless of device, browser, or operating system.”