Next week Apple and Samsung will be back in court with Judge Koh and in the run up to their date on Thursday 6 December the two companies are trying to get new evidence considered by the court.

Apple wishes to include evidence that Samsung’s work around, designed to stop its infringement of Apple’s ‘pinch-to-zoom’ patent, “demonstrates continuing infringement of the ‘915 patent”.

In a filing on 20 November, Apple claimed: “Dr. Singh exposed the fiction in [Samsung expert] Mr. Gray’s declaration that dressing up infringing code in different clothing renders it non-infringing”. 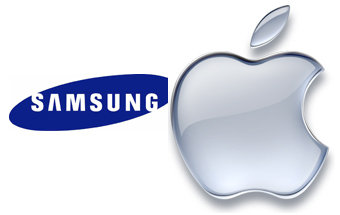 In a later filing Apple said that Dr. Singh’s declaration showed “that Samsung’s ‘modified code still infringes because it distinguishes between a single input point and multiple input points.”

At the core of the ‘915 patent is a distinction between a one-figure and a two-finger gesture (one finger meaning scrolling, two fingers meaning a pinch), explains Foss Patents.

Samsung is attempting to stop Singh’s declaration being included in the trial.