A report claims that companies currently working with TSMC are concerned about what will happen if Apple switches from Samsung to TSMC to supply the processor chips for its iPad and iPhone.

There has been speculation that Apple will replace Samsung with Taiwan Semiconductor Manufacturing Company who are reported to be working on a version of the A6 processor for Apple, but according to reports TSMC hasn’t yet been able to match the numbers required each month. However, recent claims suggest that TSMC will supply Apple with processors from the second-half of 2013.

DigiTimes claims that there is concern in the semiconductor industry that in order to provide sufficient capacity to Apple, TSMC will have to go to great lengths to ensure it doesn’t upset its existing major clients, which include Altera, Qualcomm and Nvidia.

“Apple’s iPhone and iPad devices collectively demand almost 200 million CPUs every year,” according to DigiTime sources. “TSMC will need at least more than 200,000 12-inch wafers ready to satisfy the huge demand from Apple,” claims the report. 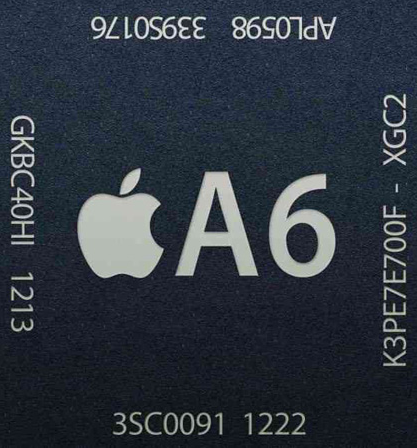 Earlier this year it was claimed that Apple had made TSMC an offer of $1 billion if they became their dedicated chip supplier, but TSMC rejected this offer, notes Apple Insider.

Back in May Samsung shares slipped after a report appeared claiming that Apple has switched its chip supplier to Elpida from Samsung. Samsung may be regretting its courtroom dispute with Apple. Apparently Apple is Samsung’s biggest customer and its business is worth 8.8% of Samsung’s revenue.