Former Apple executive, known as the father of the iPod, Tony Fadell has suggested that Scott Forstall “got what he deserved” when he was ousted from Apple.

Fadell told the BBC: “Scott got what he deserved. I think what happened just a few weeks back was deserved and justified.”

He added: “People were cheering in Cupertino when that event happened. There are other amazing people in the company and those people have a chance to have a firm footing now and continue the legacy that Steve left.”

Fadell was responding to questions based on a 2011 Business Week article that suggested that Forstall and Fadell had clashed at Apple, with Forstall “raiding his colleague’s team for talent, creating an ‘explosive’ climate in which the two argued over credit, attention and resources before Mr Fadell ultimately quit”. 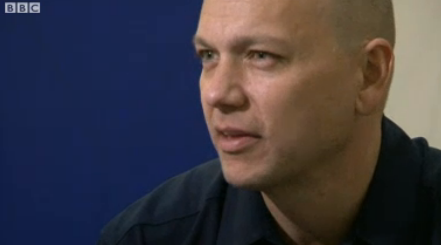 In the interview Fadell describes the early days of working on the iPod, the product he is most famous for. Describing the situation at Apple back in 2001, the year the iPod launched Fadell said: “If you look back, in 2001 Apple had $250m in the bank and $500m in debt. It was a struggling consumer PC manufacturer”.

“It was very different in those times, and to be able to create something like the iPod back then when there was very little revenue and money to go round was a very bold move, and obviously I joined because of that bold move,” he said.

According to Fadell, the biggest challenge was: “Taking a hard drive that’s very delicate and putting it in your pocket. You’d be amazed at how much stress something in your pocket is put on when you’re sitting on it everyday, throwing it around in your bag, and to have a delicate device like a hard drive being tossed about all day long and making it work over a series of years is a very very difficult challenge, and luckily we pulled it off. It was one of those white knuckle times.”

The BBC report notes a few other snippets from the interview that can’t be seen in the video clip on the site. Fadell said that by passing some of Forstall’s responsibilities to Ive Apple’s software design is now in “good hands”.

He also noted that working with Jobs was one of the most important relationships of his life, although, he admitted that it was true that Jobs’ high standards meant no-one at Apple could ever relax around him.

Fadell headed the iPod division at Apple until 2008 at which point he left the company in order to raise his family, however, he stayed on as an advisor at Apple until 2010. Now CEO of Nest, Fadell talks to the BBC about his new venture making a thermostat.