A security expert has suggested that Apple’s closed philosophy will be its downfall, predicting that the company will lose its mobile marketshare to Android and Microsoft because people want “open, sexy, flexible” operating systems.

However, when pressed about whether Apple’s closed system makes it less vulnerable,  it’s apparent that the motive behind the claims is dismay that Apple won’t allow development of anti-malware tools for its iPad and iPhone.

Kaspersky Lab CEO Eugene Kaspersky told Reuters: “The open systems, of course they are more vulnerable because it is easier to affect them. But at the same time it is much easier to develop the true end point security for these systems.” 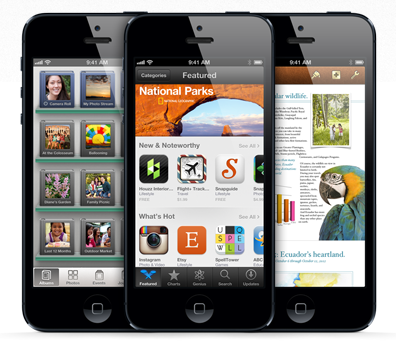 Explaining why he predicts that iOS will lose marketshare Kaspersky said: “It’s the same story as happened with Mac computers and Windows PCs. Mac has a small market share because it’s a closed operating system from an inflexible company.” Kaspersky believes that iOS users will switch to the “many competitors with open, sexy, flexible” systems. “I think that many iPad and iPhone users will switch to Android and Microsoft Windows,” he said.

So what’s so good about an open system? Kaspersky seems to believe it is connected to a company’s ability to build a community. “I believe that in this century the winner is the vender, company or the person who builds a more powerful community. This is the century of communities, and to have a good community around you you have to have a brilliant technology or open systems.”

“Apple has a brilliant technology,” he said, adding: “Apple managed to do community around that. But now its time of open systems like Android, so I’m afraid, I’m sure that Apple will lose the market share, if they don’t change their mind, they will be replaced by open operating system and open applications.”

Malware on the Mac

Regarding the Mac, Kaspersky suggests that the reason that OS X experiences less malware is not because the Mac is “secure by design”, but rather that: “Criminals don’t pay attention to the system because they don’t have Mac engineers. There are not enough Mac engineers.”

Kaspersky mentions the Flashback malware from earlier this year as evidence that there are attacks on the Mac. “There are many attacks on Mac systems every year, and year by year it’s getting more and more,” he claims.

Microsoft CEO: ‘Android is wild, Apple too controlled, but we have best of both’