Luxembourg-based Arendi is suing Apple claiming that nearly all of Apple’s products infringe on three of its patents.

The company filed a patent infringement suit against Apple suggesting that Apple is infringing three patents that all relate to a “Method, system and computer readable medium for addressing handling from a computer program”.

Arendi has previously filed suits against Microsoft and Dell relating to the same patents. Both of these lawsuits were settled and dismissed in November of last year, writes Patently Apple.

Arendi is thought to be a Patent Troll. Patent trolls don’t develop the technology themselves; these non-practicing entities or patent assertion entities (to use some more official terms) just buy up patents with a view to making money from companies that often unwittingly infringe on the patents. 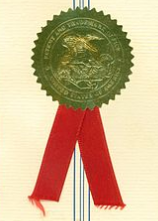