Apple’s spaceship-like HQ is set to land in Cupertino in 2016, and Apple’s senior vice president of worldwide marketing, Phil Schiller, has said that there won’t be a visitor centre and public museum at the campus because Apple is “focused on inventing the future, not celebrating the past.”

Schiller’s comments came in response to computer historian, author, and Apple fan David Greelish’s blog post and online petition that asks the company to include such public spaces in its upcoming headquarters.

In response to one of Greelish’s emails, Schiller wrote: “We’re focused on inventing the future, not celebrating the past. Others are better at collecting, curating and displaying historical items.”

“It is not who we are or who we want to be,” Schiller added. 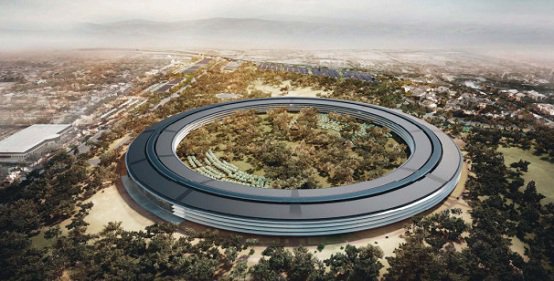 The Wall Street Journal highlights that Schiller’s opinion about allowing public to have access to a museum within Apple’s headquarters was shared by the company’s late co-founder, Steve Jobs, who closed a mini-museum that had been created at Apple’s One Infinite Loop campus before his return to the company in 2012. Jobs sent all of the museum’s content to Stanford University.

Since launching his petition earlier this year, Greelish has received just 43 signatures towards the goal of 10,000, The blogger today decided to close the petition because the visitor centre idea is “just a suggestion” that he firmly believes in.

What do you think about the idea of Apple opening a visitor centre in its spaceship headquarters? Let us know in the comments section below or on Twitter.

In pictures: inside Apple’s headquarters