Tim Cook, Apple CEO, admitted that the company “Screwed up” on Maps.

Cook was talking in an interview with Brian Williams, on NBC’s Rock Center programme when he admitted: ““On Maps, a few years ago, we decided that we wanted to provide customers features that we didn’t have in the current edition of Maps.” 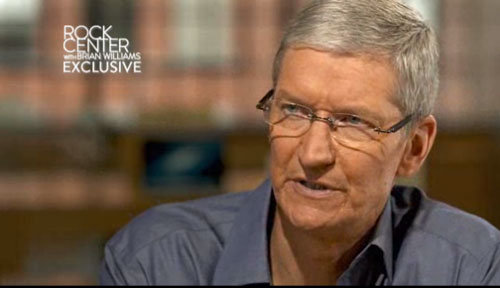 These features included turn-by-turn navigation and Yelp! business information (along with Siri integration outside of the United States”.

Tim Cook told Williams, “It [Maps] didn’t meet our customers’ expectation, and our expectations of ourselves are even higher than our customers’. However, I can tell you, so we screwed up.”

Apple reportedly fired Richard Williamson, the executive in charge of the mapping software project. Scott Forstall, Apple’s senior vice president of iOS Software has since also left the company. In September, Tim Cook wrote a public letter of apology for the “frustration [Maps] has caused our customers”.

Apple’s share price has fallen considerably recently, to just $505.75 on 19 November from its all-time high of $705.07 in September. The share price is believed to be driven by a Capital Gains tax hike due to take place in January, rather than any specific problems with the company or its current range of products.

But Apple is not done with building its own Maps solution. “we are putting the weight of the company behind correcting it,” said Cook.