Bloomberg BusinessWeek magazine has published the first in-depth interview with Apple CEO Tim Cook, who has revealed the discussion he had with Steve Jobs about becoming the head of the company before the late Apple co-founder retired in August 2011.

When asked to tell the story of Steve Jobs’ advice “Don’t think what I would do,” Cook explained: “Yeah, sure. One weekend he called me, and he said, ‘I’d like to talk to you’. This was in summer of ’11.” Jobs died after a long battle with pancreatic cancer in October of the same year.

“I said, ‘Fine. When?’ and in typical Steve Jobs fashion he said, ‘Now’,” Cook continued. “So I go over to his house, and – I still remember how he started this discussion. He said: ‘There has never been a professional transition at the CEO level in Apple’.”

“‘Our company has done a lot of great things, but has never done this one.’ The last guy is always fired, and then somebody new comes in,” Cook explained. “And he goes, ‘I want there to be a professional CEO transition, and I have decided, an I am recommending to the board that you be the CEO, and I’m going to be the chairman’.” 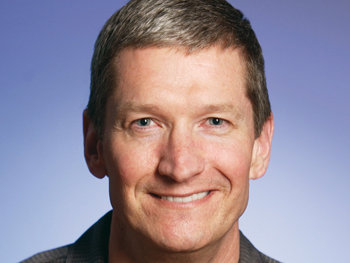 Cook said that he and Jobs had spoken about him becoming a successor before, (he had been CEO on an interim basis twice before) but admitted that he was surprised by the timing of the conversation because it “occurred at a period of time when I felt Steve was getting better, and I think he felt this way as well.”

But Cook hadn’t expected the transition period to be so tragically short. “So we started talking about what it meant. Again, this is when I am thinking, and I’m certain he’s thinking, that this is going to go on for a long, long period where he’s the chairman and I am CEO,” Cook said. “So I’m trying to understand – how does he see this thing working?”

“He had obviously thought very deeply about it,” Cook added.

Cook asked Jobs about different scenarios so that he could get to grips with how he would be involved as chairman of Apple. “He said, ‘I want to make this clear. I saw what happened when Walt Disney passed away. People looked around, and they kept asking what Walt would have done’.”

“He goes, ‘The business was paralyzed, and people just sat around in meetings and talked about what Walk would have done’,” Cook continued. “He goes, ‘I never want you to ask what I would have done. Just do what’s right’. He was very clear.”

Jobs did tell Cook “I hope you listen to my input if I want to input on something,” to which Cook replied “Of course,” but Cook felt that this has “removed a tremendous burden from me that would have been there otherwise.”

“He repeated this much closer to his passing,” continued Cook. “I think in the second instance, I think he did that because he knew it would lift a burden. It was his way of making sure Apple would not be burdened by the past.”

“More so than any person I ever met in my life, he had the ability to change his mind, so much more so than everyone I’ve ever met,” Cook described Jobs. “He could be so sold on a certain direction and in a nanosecond have a completely different view.”

“I thought in the early days, “Wow, this is strange.” Then I realised how much of a gift it was. So many people, particularly, I think, CEOs and top executives, they get so planted in their old ideas, and they refuse or don’t have the courage to admit that they’re now wrong,” Cook said, perhaps hinting at his recent apology for Apple’s Mapping service, which was blasted by critics on launch for its poor quality.

“Maybe the most underappreciated thing about Steve was that he had the courage to change his mind,” Cook concluded. “Any you know – it’s a talent. It’s a talent.”

Cook, who certainly seems to have been chatty with the press lately, also had his first TV interview recently, which will air in the US today. During the interview, Cook said: “I loved Steve dearly, and I miss him dearly.”

Tim Cook: “We screwed up”