Apple is said to be blocking a Microsoft SkyDrive app update in the Apple App Store over a dispute about its 30% cut of in-app revenue, leading to speculation that the company may also be holding up the iOS versions of Microsoft’s Office apps.

The suggestion is that Apple may be holding up the App Store placement of the Office Mobile apps for the same reasons that have lead it to delay issuing the latest SkyDrive update.

Apple is likely to demand a 30% cut on any annual subscriptions to Office 360 through the Office Mobile apps.

The reason for the SkyDrive hold up is thought to be a disagreement about the subscription structure. Microsoft’s SkyDrive app has included an option for users to purchase additional storage space since April 2013. As it is an App Store app, Apple can demand 30% of that in-app revenue. 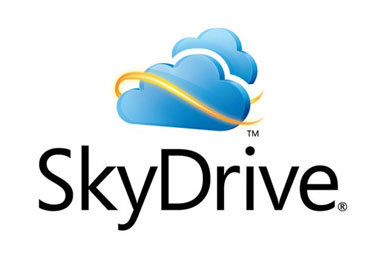 Reports suggest the money hadn’t been paid and Apple is now demanding that money from Microsoft. In the meantime it would appear Apple is effectively holding the SkyDrive update hostage.

A Microsoft spokesperson told eweek: “Regarding the Skydrive iOS app, similar to the experiences of some other companies, we are experiencing a delay in approval of our updated SkyDrive for iOS. We are in contact with Apple regarding the matter and hope to come to a resolution.”

Some reports are suggesting that by keeping Office out of the App Store Apple is actually doing Microsoft a favour, however. Microsoft launched the Surface tablet recently, the Office apps would be one reason for customers to select Microsoft’s offering over those of Apple and Google.

Word, Excel and PowerPoint on iOS in March?

Throughout 2012 reports have appeared suggesting that Microsoft is hard at work developing Office Mobile apps for iPhone and iPad, as well as Android versions.

Microsoft has confirmed: “Office will work across Windows Phone, iOS and Android.”

Various leaks have offered further insight to the company’s plans. This week French site Mac4Ever posted a report with leaked images from Microsoft’s support site that showed references to iOS Office applications including Office Mobile for iPhone, Excel for iPad and PowerPoint for iPad. The references appear to have been mistakenly added to unrelated articles, however, and Microsoft officials told eweek: “The information on the sites was incorrect”. They added: “We do not have any products by these names.”

This French ‘leak’ was not the first. Earlier this back in November screenshots appeared suggesting the mobile version of the Office suite would be offered in early 2013. If that information is true, Office Mobile will be offered as a set of free apps that allow viewing of documents. Basic editing abilities can be added if the user purchases a Microsoft 360 subscription.

Shortly after, Microsoft released a statement saying: “The information shared by our Czech subsidiary is not accurate. We do not have anything further to share at this time.”

A Mac client for Outlook.com may be on its way soon. Next week Microsoft is expected to start pushing Hotmail users to Outlook.com, leading to speculation that a Mac client is on the way.

This is thought to be an attempt to bring back users who have defaulted to Gmail.

“About a third of our users are actually coming from Gmail,” Microsoft’s David Law told The Verge.