A woman was shot with a Taser outside an Apple Store in New Hampshire, after she allegedly attempted to buy too many iPhones and the Apple Store manager asked her to leave.

A video on YouTube shows a woman screaming on the floor in New Hampshire after police used a Taser weapon to stun her for resisting arrest.

The Chinese woman named Xiaojie Li apparantly does not speak English, and spoke from her hospital bed with her daughter translating. She said “she doesn’t know why they [Apple] called the police and she doesn’t understand what they are talking about”.

The Taser is an electrical weapon that uses electrical current to disrupt the control of muscles and incapacitate a person. Tasers are used by many law enforcement officers in the US, and some police forces in the UK. Tasers are said to cause extreme pain to subjects.

Captain Bruce Hansen, for the Nasthua Police Department said “she’s certainly capable of coming up here and purcashing these things from the Apple Store, whether her language inhibited that I really don’t know.”

Apple has a policy of only serving two hot ticket items per customer, to prevent individuals from stockpiling phones and selling them privately. However, the Apple.com store in the US does not currently display this limit, although it does have it for the iPad mini. On 4th December many websites in the US reported that two two-per-customer limit was no longer being applied to the iPhone 5 in the US.

The iPhone is not available in every country, and different models are available in different countries – so the private purchase and import/export of iPhones is clearly a business for some people. Li said she was at the store to buy several iPhones for family members in China, she had bought two iPhones the previous Friday and was looking to get more when the store manager apparently asked her to leave.

Xiaojie Li said (via her daughter) that “the manager of the Apple Store came, and told her something but that she didn’t understand”. The Apple Store was provided with security from the local mall police.

Police told local news station WMUR that when Li didn’t leave that’s when they moved in to arrest her, and she resisted, the Taser attack took place. 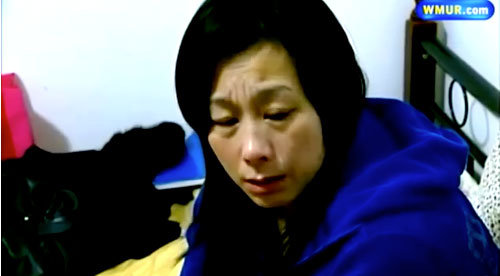 Captain Hanson said that our force continuum has specific times when a Taser is used when a person is resisting arrest. When a person does not comply with a lawful order to, you know, submit to an arrest”. The officers involved are currently still on active duty. Hanson said “this really is a criminal trespass resiting arrest incident.”

Tasers are considered a prohibited weapon in the UK under the firearms act and possession is an offence with a maximum prison sentence of 10 years. Tasers in the UK can only be used by the police when the officers are facing violence, or threats of violence, with such severity that they need to protect themselves or the public.