Mac users give 25 percent more to charity, on average, than Windows users. That’s among the findings/claims of a calculatedly provocative report released by Qgiv, a provider of online donation services.

(Other observations included Safari users being more charitable than users of the Google Chrome browser (in second place), Firefox (third) and Internet Explorer, bringing up the rear; and that those with a Yahoo email address were 27 percent less deep-pocketed than those with their own email domain or a corporate email structure.)

This is all great fun if you write news stories for an Apple-focused website, of course. But the implications here – that we should take some kind of message out of this, that the sorts of people who buy Apple products are just fundamentally more generous-spirited than those uptight, stuffed-shirt PC lot – are pretty poisonous. 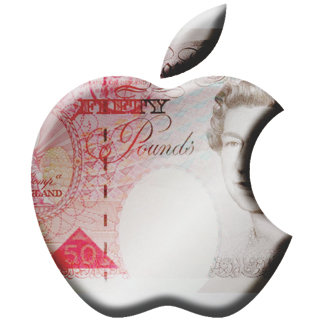 Okay, among users of Qgiv’s services the Mac users gave more per donation, on average. (It’s only looking at actual donators, of course, so it might be the case that one group has a higher incidence of charitable giving, but gives less per donation; that wouldn’t show up here.) But you’d probably find something similar if you did a comparison between charitable donations and people’s salaries.

Apple products are premium offerings at the top end of the price scale, and Apple fans tend to be richer. Of course they give larger donations. They’ve got more money to spare. I imagine it would cause some irritation if someone released a press release announcing that merchant bankers give more to charity than A&E nurses.

Still, it’s all good for getting a rise, isn’t it? If I was employed sending out press releases (I’m not, for which mercy journalists around the world should be profoundly grateful) I think most of mine would generate ‘buzz’ by insulting users of a particular technology platform. I’d do tiny surveys and report that Android users can’t drive, or that Ubuntu fans shower less than 5 times a week, then plug my client’s product: driving courses, or shower gel. Someone should offer me a job.

This sort of thing gets right under people’s skins in a way that is extraordinary. (Admittedly it’s rather got under mine. But I would argue that I’m angry about the cavalier use of statistics rather than a slight against a particular set of tech fans.) Believe it or now, we aren’t at war; we’re not even on different teams. As the editor of iPad & iPhone User magazine, obviously I tend toward Apple products, but as well as my iPhone and various iPads I regularly use an antiquated Vista laptop and an Android phone.

Apple? Google? Microsoft? Who cares? Just use what’s right for you right now.