As we wrote on Christmas Eve, Steve Jobs’ yacht had been impounded in a dispute between the Jobs family and designer Phillippe Stark.

Both camps have apparently come to an agreement over the money owed and the yacht has now been released.

Jobs family lawyer Gérard Moussault said: “The Venus is not under arrest. A solution has been found and a guarantee has been deposited in a bank account so that the boat can leave,” according to a report in French newspaper Le Monde. 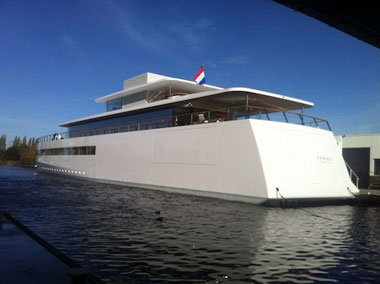