The Consumer Electronics Show has just kicked off in Las Vegas. It’s a big date in the technology world calendar, although not for Apple, who never attends. However, you can be sure that Apple will be paying a lot of attention to the new and concept products that are on display at the show.

The show is not open to the public; it’s press and tech tradespeople only. With more than 20,000 products on show in a venue the size of 28 football pitches, it would be a big job to report on every new item being demoed there, but you can guarantee, every company exhibiting will be hoping the new gadget they are showing off will be the next big thing.

Among the new products we can expect to see a raft of smart TVs, smartphones, tablets, and other products that will be of interest to anyone wondering what Apple might have up its sleeve.

Apple might not be at CES, but you can guarantee that any discussion of the latest smart televisions on display will be accompanied by speculation about what a television designed by Apple might look like and how a Apple interface might transform the way we view TV. 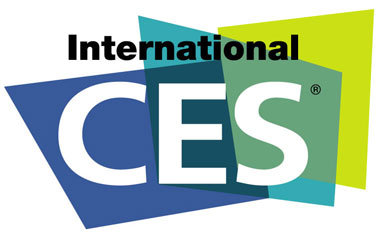 We know that Samsung is likely to steal the show with its latest TV range. A quick look on Samsung’s website suggests that it believes that to innovate it will have to change the design of the television. The translation is: “New TV did not exist in the existing molding and over time do not change, the real innovation is the design of the TV Design”. The image shows a TV in portrait view.

OLED is also a keyword for televisions – these screens will be thin and offer four times as many pixels as the HDTV screens we have now.

This new technology for televisions might sound impressive, but will it be enough? For the last few years 3D TVs have been all over CES, but it appears that 3D TV hasn’t taken off, as some would have hoped. In addition, consumers are purchasing Smart TVs but they aren’t using the ‘smart’ features. According to research group NPD, only 15% of Smart TVs are being plugged directly into the internet, and barely any apps are being used via the TV. These Smart TVs are selling but people aren’t using them to connect to the web. Most likely this is because the interfaces are so poor, and that’s where many are hoping Apple will come in.

You can also expect to hear about various Google TV devices, with Asus, Hisense and TCL all expected to reveal integrated screens and set-top boxes at the show.

There are expectations that Samsung might launch the Galaxy S4 at CES, however, there are also suggestions that it might wait until Mobile World Congress at the end of February to focus on its new smartphone, which will inevitably draw comparisons with Apple’s iPhone 5 and the rumoured iPhone 6.

Other new smartphones premiering at CES are likely to include the Sony Xperia Z and Xperia ZL.

CES this year is likely to be all about budget tablets and Tab Books – laptop/tablet hybrids running Windows 8. At this point, it’s interesting to note at this point that Microsoft isn’t attending CES this year. Microsoft has not only attended CES every year, since 1995 it has always delivered the keynote. Not anymore it seems.

Among the new tablets will be the low-cost Asus’s ME172V at just £79. Also on show will be LG’s new Tab-Book H160. The Tab Books are interesting in the light of what Apple CEO Tim Cook said last year about how the convergence of tablets and PCs is like a toaster-refrigerator. In April 2012 Cook said: Combining a MacBook and an iPad would never work, and that’s why Microsoft’s plans to push Windows 8 out to both tablets and laptops will be a disaster, according to Apple CEO Tim Cook.

Big in the tablet world will be new apps that help you to automate you home, from monitoring your thermostat to turning your lights on and off.

News last year suggested that Apple was looking to buy home automation company R2 Studios, but recent reports suggest that company has been bought by Microsoft. This doesn’t mean that home automation isn’t of interest to Apple.

Here’s a taste of home automation via your iPhone: this weekend we posted our review of the Belkin WeMo that allow users to control home electronics remotely via a free iPhone compatible app. Expect to see more of the same at CES.

Another hot topic is wearable computing including everything from augmented reality glasses to smart watches. This is another area we are sure Apple will be watching with eagle eyes.

Google won’t be showing of its Google Glasses yet, but Vuzix will be demoing its M100 augmented reality headset that runs Android.

If you thought that the stories of Apple working on a smart watch must be a load of nonsense, you might change your mind after hear about the smart watches on show at CES.