Five Star Feature Films has secured a distribution deal with Open Road Films for its upcoming Steve Jobs biopic starring Ashton Kutcher, which is now set for an April 2013 release in cinemas, it has been announced.

“jOBS is certain to resonate with audiences, and we are thrilled to partner with Five Star Feature Films to bring this film to theaters,” said Open Road’s CEO Tom Ortenberg in a statement.

‘jOBS’ will premiere at the Sundance Film Festival as the closing night film on 27 January ahead of its cinema debut.

The movie depicts Apple’s late co-founder Steve Jobs’ life from 1971 to 2000, and, in addition to Two And A Half Men’s Ashton Kutcher who plays Jobs in the film, stars Josh Gad as Apple co-founder Steve Wozniak, Matthew Modine as ex-Apple CEO John Sculley, Giles Matthey as Jony Ive and Ahna O’Reilly as Jobs’ ex-girlfriend Chris-Ann Brennan. 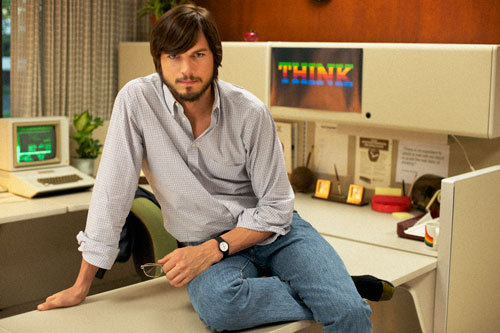 The jOBS film should not be confused with Sony Picture’s movie adaptation of Walkter Isaacson’s Steve Jobs biography, which screenwriter Aaron Sorkin (who also wrote The Social Network) has revealed will have a three-scene structure set backstage at keynotes.