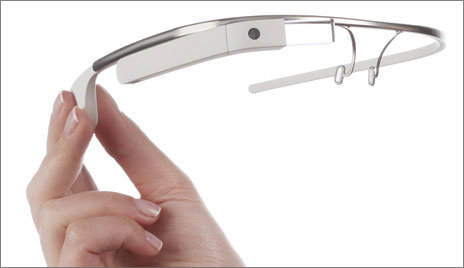 Google is gearing up to ship its Project Glass technology to developers prior to the public launch, according to Ieee Spectrum.

Project Glass prototypes will start to arrive in developer’s offices in the next few months, although Google isn’t expected to ship the consumer version of the technology until 2014.

Tech fans have been getting excited by the prospect of heads-up display consumer eyewear for a while now, and Google has consistently announced its plans in this area being put into action by the Project Glass research and development team.

Project Glass initially released the One Day demonstration video on 4 April, 2012 and more recently . It showed a first-person view of an individual walking around new york, taking messages, creating notes, getting directions and general information just by talking to his headset.

Apple recently patented an Apple iWatch technology, and Apple has also patented working on heads-up display eyewear. Selling it as a viable idea to the general consumer public may take some effort, however. As this Macworld piece outlines.

There has always seemed something otherworldly about Project Glass, and although we’ve always known that Google (and Apple) is pushing this technology forward, we didn’t expect it to arrive quite so quickly. The development kits being seeded, however, may not contain full functionality. Ieee.org suggests that the initial headsets will be more like interactive spectacles than full augmented reality.

Aside from a few promotional shorts we don’t know that much about Project Glass (although, to be fair, that’s more than we know about Apple’s plans). We know Google is aiming to make them look as much like an ordinary pair of reading glasses as possible, and that they will contain an earpiece and much the same technoloyg you’ll find in an Android handset.

We presume it’ll have Wi-Fi and 4G/LTE connectivity, battery, speaker, microphones, accelerometer, 3D gyroscope, and it’s said to have a single microdisplay over one eye.

Google claims that the device will be small enough to be unobtrusive, although we’d put money on Apple fulfilling this claim more convincingly. Babak Parviz, head of Project Glass told developers in June 2012, it will let you access information “so fast that you feel you know it.”

Ieee Spectrum quotes American comedian Jon Stewart: “Google – most of us use it every day. But have you ever thought: ‘The real problem with Google is it’s too far from my face’?”

This is the problem with Project Glass, and by extension any Apple eyewear project. Are people really ready for computerised eyewear? Steve Jobs was famous for saying “people don’t know what they want until you show it to them”.

Apple iWatch is future of wearable computing, could kill iPhone