Apple is working on a low-cost iPhone that could launch later this year, according to a report from The Wall Street Journal.

WSJ cites ‘people briefed on the matter’ in its report, claiming that the cheaper iPhone will represent “a big shift in corporate strategy as its supremacy in smartphones has slipped.”

According to the report, Apple has been considering the possibility of a low-cost iPhone, dubbed iPhone mini, since at least 2009, but that the plan has progressed enough for the company to launch a cheaper iPhone in 2013.

WSJ’s sources claim that the cheaper iPhone could look similar to the standard iPhone model, but with a less expensive body. 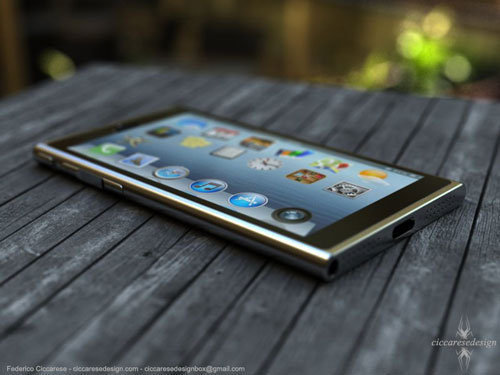 This is not the first speculation we’ve heard about a possible cheaper iPhone. Previous reports have suggested that the iPhone could be smaller than Apple’s current models, and this device has been dubbed the iPhone mini.

But a separate report this week from Taiwanese site DigiTimes suggests that the cheaper iPhone will actually be larger than the iPhone 5, indicating that Apple could also be considering a 5in screen size for the iPhone 6. DigiTimes’ sources also said that the low-priced iPhone will have a brand new exterior design.

WSJ’s report, which was published on Tuesday shortly after DigiTimes’ story, also suggests that Apple will use a different exterior made from polycarbonate plastic to lower the cost of the device, instead of using the more expensive aluminium housing used for the iPhone 5.

Apple developed designs for a cheaper iPhone ahead of the iPhone 4, according to WSJ’s sources, with a similar look to the full-priced models but with less expensive back and sides. The idea was apparently scrapped when executives became worried that it would complicate the manufacturing process. Instead, Apple decided to keep older models on sale at a lower price.

Overall, it is believed that Apple’s alleged plans to launch a cheaper iPhone have been sparked by the rise in low-cost smartphones from rivals. WSJ notes that Apple only held a 14.6 per cent share of the total worldwide smartphone shipments in the third quarter of 2012, down from its high of 23 per cent at the start of the year.

Apple’s drop in smartphone shipments share comes as Samsung’s share has increased from 8.8 per cent to 31.3 per cent between the Q3 2010 and the third quarter of 2012.

Analyst predicts cheaper ‘iPhone for the masses’ will launch, despite rise in premium iPhone share