Apple’s rumoured iPhone mini could stop Samsung from extending its lead in the smartphone market this year, but it won’t launch until in time, an analyst has predicted.

Strategy Analytics executive director Neil Mawston believes that Apple will only be able to stop Samsung from stealing its smartphone marketshare if it launches the iPhone mini this year, a device he doesn’t expect to hit the shelves until 2014.

The iPhone mini rumour mill has been hotting up this week following a report from the Wall Street Journal that suggests Apple is readying a cheaper iPhone for launch towards the end of 2013, but Mawtson thinks its unlikely.

In an interview with Reuters on Friday, Mawtson said: “We expect Samsung to slightly extend its lead over Apple this year because of its larger multitier portfolio.” 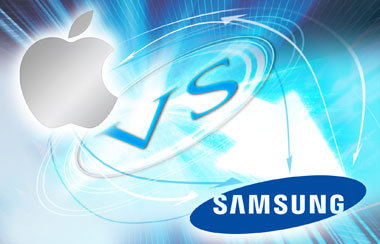 Samsung could be planning to launch a new Samsung Galaxy S4 in April, a Galaxy Note III, and other new smartphones this year. “Samsung plays in more segments and this could enable it to capture more volume than Apple (assuming Apple does not launch an ‘iPhone mini’ this year),” Mawston said.

“We think Apple will have to launch an ‘iPhone mini’ at some point over the next three years to address the hundreds of millions of prepaid users worldwide that cannot afford the current iPhone,” continued Mawston.

“The iPhone 5 is growing fast and profitably right now, so there is little incentive for Apple to launch an ‘iPhone mini’ this year. We expect the iPhone mini to be more likely next year, in 2014…. Apple will be forced to discover fresh growth streams,” he continued.

He predicts that global smartphone shipments will increase by 27 per cent to 875 million in 2013, with Samsung expected to sell 290 million smartphones this year, roughly 75 million more than its projected smartphone sales figure for 2012.