Apple is investigating a new location-based emergency app that could be introduced with iOS 7.

“When a person travels abroad, emergencies can occur,” Apple’s patent filing reads. “For example, the person can become injured in an accident, be a victim of a crime, or lose their travel documents. In those situations, having knowledge of contact information for local emergency services or the pertinent consular services can be beneficial.”

Apple notes that some people might collect emergency services information before travelling to a particular area, but that process can be time-consuming, particularly if the person plans to visit multiple locations. Others might not collect the information at all, instead planning to rely on locals or information that might not be readily available should an emergency occur in a rural area. 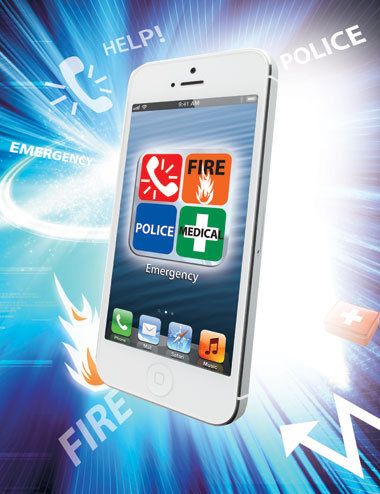 Apple’s solution to the problem is an iOS application that could determine the current location of the consumer, collecting information associated with emergency services in that area, including medical, police and fire services.

The patent was originally filed in June 2007 around the same time that the first iPhone was launched, but Apple’s continuation filing, made in September 2012, suggests that the company is still interested in launching such an app in future iterations of its mobile operating system.

Former Apple iOS chief Scott Forstall is credited as among the inventors in the patent application. Forstall was forced to leave Apple after an executive shakeup last year that also saw retail boss John Browett booted out of the company.

It is rumoured that Forstall was fired by Apple CEO Tim Cook for not taking responsibility for the Apple Maps fiasco.

Father of the iPod says ousted Forstall ‘got what he deserved’

Tim Cook: ‘We Screwed Up’