This is the latest set back in the search for a new Head of retail since former senior vice president Ron Johnson left the company for JC Penney in 2011, and his replacement, ex Dixons head John Browett was fired last summer. Apple has been struggling to find the right person to head up its retail operations.

The news begs the question: was McDougal after the senior retail job? Is news of his resignation likely to follow the same pattern as last year’s news that Bob Mansfield, Apple’s senior vice president of hardware engineering was to retire? Mansfield was said to be very serious about retiring but was back at Apple after just eight weeks, after Tim Cook “made him an offer he couldn’t refuse”. Later in 2012, Cook announced that Mansfield would be staying at Apple for two more years.

Reports claim that McDougal, who was VP of Apple Retail for over 12 years, was viewed by some as a potential candidate for the company’s SVP of Retail position. McDougal was one of the candidates that many speculated could replace Johnson when he left to be CEO of JC Penney, writes The Next Web. 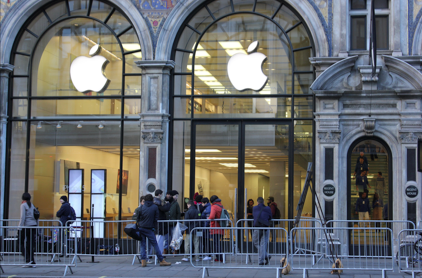 McDougal’s credentials cannot be denied. He is described by ifoAppleStore as: “A key player in the birth of Apple’s retail chain and a potential candidate to lead the retail stores.” He was formerly at IBM and retailer PC Connection.

Apple spokesman Steve Dowling confirmed to AllThingsD that McDougal will be replaced by Apple VP of Finance Jim Bean. He told AllThingsD: “Retail has an incredibly strong network of leaders at the store and regional level, and they will continue the excellent work they’ve done over the past decade to revolutionize retailing with unique, innovative services and a focus on the customer that is second to none. Jim Bean is moving to Retail to help support our store teams. Jim has been at Apple for 15 years and is a great leader who understands our culture and focus on customer service.”

Bean, who has been at Apple for 13 years, is currently a vice president of Finance, reports TNW.

IfoAppleStore’s sources claim that McDougal is leaving to spend more time with his family.

That could also signal that Tim Cook is getting closer to naming a permanent replacement, speculates Gigaom. Still in the running for the head of retail job are Bob Bridger, VP of Development and Steve Cano, VP of Retail, according to reports.