Former Apple CEO John Sculley has said that the company should focus on making a cheaper iPhone for emerging markets.

In an interview with Bloomberg Television on Tuesday, Sculley said that Apple need to overhaul its supply chain to meet demand for cheaper smartphones in emerging markets such as India.

“Apple needs to adapt to a very different world,” said Sculley. “As we go from $500 smartphones to even as low, for some companies, as $100 for a smartphone, you’ve got to dramatically rethink the supply chain and how you can make these products and do it profitably.”

Sculley’s statement comes as Apple saw its share price dip below $500 per share in trading on Monday after a controversial Wall Street Journal story on Sunday evening claimed that the company had halved its component orders for the iPhone 5 due to weak demand. 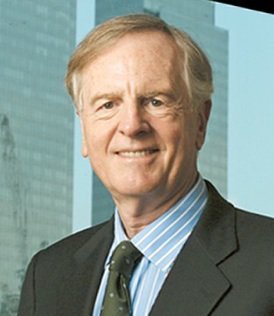 Sculley points out that the increase in popularity among competitors such as Samsung could be contributing to a decrease in demand for the iPhone 5, noting that the difference between Apple’s products and its rivals’ has lessened.

“Samsung is an extraordinarily good competitor,” said Sculley. “The differentiation between a Samsung Galaxy and an iPhone 5 is not as great as we used to see.”

But Sculley did say that he believes Apple CEO Tim Cook’s supply-chain expertise makes him “exactly the right leader” for the company, which is expected to begin a biannual product cycle for its devices this year.

The latest reports suggest that Apple’s cheaper iPhone, often dubbed iPhone mini, could have a see-through plastic design that is manufactured in the US in order to maintain low-costs.

Last week, Reuters reported that Apple’s Phil Schiller had dismissed the idea that Apple would launch a cheaper iPhone, but that report was later withdrawn, reigniting speculation that such device would arrive this year.