Former Apple executive Jean-Louis Gassée has pondered the question of whether Apple should launch a cheap iPhone in an article published in The Guardian.

Gassée’s views on the question of whether Apple should launch a cheaper iPhone is all the more interesting given his background at Apple. Gassée worked at Apple from 1981 to 1990, first as head of Apple France, then as head of the Macintosh development. He introduced several Macintosh products including the Macintosh Portable and also started the project to create the Newton MessagePad.

Two particular examples demonstrate Gassée’s way of thinking while at Apple: When Apple was considering licensing the OS to other companies, Gassée was against the idea; and in 1989, Gassée killed a project codenamed ‘Drama’, which aimed to start a new brand to sell low-end Macintosh computers. At the time Gassée argued that consumers would continue to be willing to pay the price premium for a full Macintosh experience, according to his Wikipedia entry.

So, given that history suggests Gassée would be against the idea of a cheaper iPhone, what did the ex Apple exec have to say on the matter? 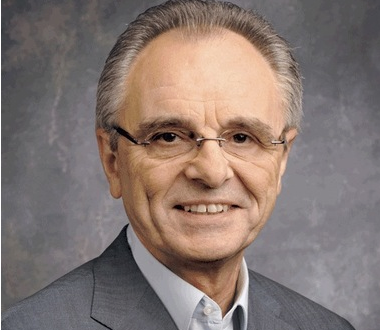 Are Apple products too expensive?

Gassée begins with the statement that “For years, Apple’s been told its products were too expensive”, and yet the company has “prospered mightily”.

However, he asks: “Have the rules of the smartphone wars changed in ways that will force Apple to alter its strategy?”

Gassée notes that Steve Jobs proved that no low-cast Mac was required when he returned to Apple. He then points to netbooks: “Cast as the killer torpedo that would sink the resurgent Mac business,” and quotes Jobs, who said: “We don’t know how to build a sub-$500 computer that is not a piece of junk.” And as proof of Jobs wisdom that there was no need to make a netbook: The MacBook is the No 1 selling notebook in the US, according to apple CEO Tim Cook.

“Couple that with the success of the iPad, and the netbook is dead,” writes Gassée.

Does history suggest there will be no low-cost iPhone?

Gassée hints that while looking at Apple history may indicate that: “There will be no iPhone low-scoot,” it “makes questionable assumptions.”

“Smartphones aren’t PCs, only smaller; the rules of the Macintosh game don’t apply to the iPhone,” is Gassée’s view.

And key to the equation: “The smartphone wars are waged by markedly different laws, and are waged well by Google and Samsung, unencumbered by a PC past”.

This is Gassée’s next question. He suggests: “The easiest way to picture the thing is to drag out your old iPhone 3G or 3GS.”

How much would the low-cost iPhone cost?

Noting that for this part of the market we are looking at unsubsidized, pre-paid phones, Gassée writes: “Let’s assume that an iPhone LC would cost about $100 to manufacture – that’s half the cost of the basic iPhone 5. If we apply a 60% margin percentage – the same as today’s iPhone 5 – the unsubsidised iPhone LC would sell for $299” (that’s £188).

That price is still more than some of the competition charges. “Real smartphones running Android 2.2 start at $49.99,” Gassée writes.

Should Apple get in to this pre-paid market?

“The prepaid market, without carrier subsidies, is already in a PC-like race to the bottom,” writes Gassée.

The important question is: “Would the device mean for the rest of the product line.”

“Apple execs are fond of saying they’d cannibalise their products themselves rather than let competitors do it,” he notes, adding that: “It’s hard not to see the (putative) iPhone LC as the augur of a new era of lower Apple margins.” As we wrote yesterday, profit margins are important.

What it is about, suggests Gassée, is Apple’s “unusually intense, deeply seated drive that stems from Steve Jobs’s own (carnal as opposed to deliberate) need to master and direct every aspect of the game”.

“Apple is still in control of its iPhone ecosystem … but things have changed,” writes Gassée.

“With competition from Google and Samsung can Apple still enjoy the control – and the ensuing profit potential – it craves?” asks Gassée.

The article suggests that any decision to make a low-cost iPhone would be motivated the smartphone wars. “The iPhone LC wouldn’t be born of a tactical decision to add a new set of customers, it would be a strategic move that signals a new phase in the Smartphone Wars,” Gassée suggests.

A bit more background on Gassée

In 1988 there were rumours that Gassée would take over as president of Apple from Sculley. He was well liked: in 1990 a number of Apple employees held a demonstration to petition Apple management to retain Gassée. However, in 1990 he left Apple, forced out by Sculley and Apple board members.

He went on to found Be Inc, which created the BeOS operating system. Apple considered buying his business in 1996, but while Gassée held out for more money Apple bought Steve Jobs NeXT and used NeXTSTEP to form the basis of it’s new operating system Mac OS X.