Piper Jaffray analyst Gene Munster has once again insisted that Apple is working on a HDTV, and that the widely speculated device will be launched this year.

In an interview with Bloomberg on Tuesday, Munster, who has been predicting an ‘iTV’ since as far back as February 2009, said that his checks with suppliers and industry sources suggest that an Apple-branded television with a new remote will be unveiled this year.

Munster expects that Apple’s television, a Retina iPad mini, which he thinks will arrive in March, and the launch of a low-cost iPhone will help boost Apple’s share prices and attract investors.

While Munster is convinced that Apple’s foray into the television industry will be a fully-fledged television, others think that the company may instead be planning to improve its Apple TV set-top-box to bring more advanced features. 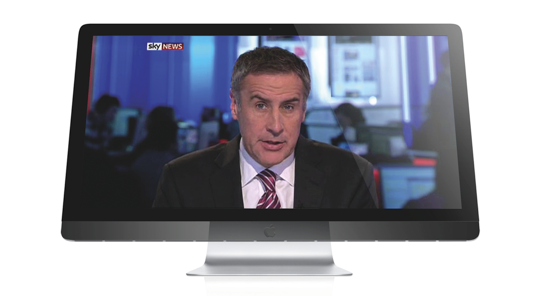 “The core of the debate is an improved set-top box… a hockey puck that attaches to your TV, or an actual television,” said Munster in the interview. “Based on our work, in part, with taking to supplier in Asia, to talking with people in the industry, we think it’s an actual television.”

“Specifically, the basic thing it fixes is the remote control problem… we think fixing that is going to be an important part of it,” Munster continued. “And the second piece down the road is content, content on demand. That’s essentially what Apple television is.”

Rumours of an Apple television have picked up again recently, provoked by Apple CEO Tim Cook’s admission that television is an area of intense interest for the company.

“Gesture voice control along with a new user interface are the main innovations,” Misek said, adding that he thinks the new product will arrive in September or October this year.

Separate reports suggested that Apple is working with component suppliers in Asia to test out several designs for a television.