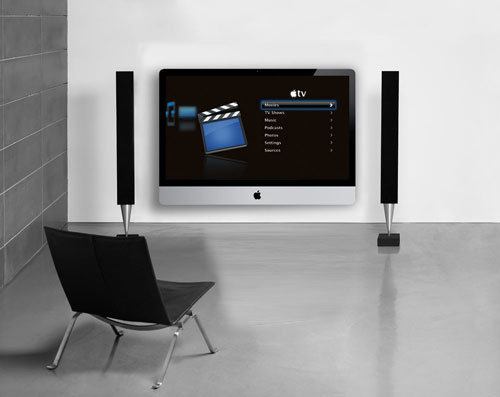 Apple Television owners may not have to pay the BBC Television license fee because the next-generation of TVs will deliver shows via the internet rather than via aerial or sattelite dish, making live television an optional extra rather than a default feature.

The Apple device will almost certainly require a digital set-top box (such as Sky or Freeview) to be attached in order to recieve live broadcast shows via a television aerial or sattellite. All of the other services that Apple’s television will provide, including any apps and video on-demand streaming services, will be legally accessible without having to pay for a television license.

Sveriges Television (SVT) is the first European broadcaster to respond to the imminent change in the television landscape. The Swedish equivalent of the BBC has announced plans to deliver all of its content online, and has extended the license fee charge to all internet enabled devices. Effectively everybody in Sweden who owns an internet connected tablet or computer, such as the iPad or iPhone, now has to pay the SVT license fee. It’s an internet fee, rather than a television fee.

It’s not cheap either. The Swedish license fee costs 2076kr, approximately £235 per year. We don’t know if the Swedes are getting a good service, or are happy with the system, but it’s certainly more than our own BBC License fee that currently costs £145 per year.

The iPad, and other Internet connected devices have already thrown an interesting spanner in BBC’s works. The BBC states that “any household watching or recording live broadcast television transmissions (terrestrial, satellite, cable, or internet) is required to purchase an annual television licence.”.

But the iPad is not capable of receiving live broadcasts in its native form. You need to either attach a device, such as the Elgato Freeview TV tuner or download the BBC iPlayer App and use it to stream live television. And it has to be live television. Apparently using an iPad to just stream on-demand content from iPlayer doesn’t count. 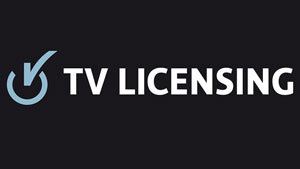 The BBC’s own press site states: “You do not need a TV Licence if you are watching TV after it has been shown on television, eg TV programmes downloaded or streamed after broadcast.”

The Telegraph reported that even people who own an iPad, and download the iPlayer app, and use the iPlayer app to watch live television are unlikely to be caught and charged by the BBC because it “continues to use the same tracking system which only detects television signals to discover which homes have TV sets that might be unlicensed.”

Dodging the law is one thing. But the Apple Television might enable users to legally ignore it completely. This is because Apple isn’t going to make a traditional television. It’s going to make a computer with an extremely snappy and accessible interface.

The Apple Television will not have an aerial

We don’t know what the Apple television will be, exactly, but it’s worth going along the lines of a 40-inch screen iPad with a “unique interface”. And if you don’t have to pay a license fee for the iPad, why would you have to pay one for the Apple Television? Just because it has the word “Television” in its title? That’s not good enough. Also: what if Apple calls it the iScreen, or iSurface, or iGogglebox?

Apple is designing the television of the future. It is not going to have an aerial sticking out of the top.

We’re pretty sure that it’s not going to have a coaxial connector either. That’s that traditional old-fashioned round aerial socket on the back of televisions. And if it doesn’t have an aerial, or a coaxial cable built in then it doesn’t, by itself, recieve live broadcasts. Like the iPad, or your iMac or iPhone. It’s a device that is only capable of recieving live television once you’ve downloaded an app, or attached a Sky or Freeview box to it.

A coaxial plug. The type that you’re almost certainly not going to see on the back of any Apple branded product ever.

Most television manufacturers wouldn’t dare sell a television set without some sort of television reception built in. Just as most computer manufacturers wouldn’t dare sell a laptop without a CD/DVD-Drive, or a desktop computer that couldn’t be upgraded, or a phone without a removable battery. Once upon a time Apple shocked the world by being the first company to remove the floppy drive from the home computer with the iMac. When did you last see a floppy drive?

Take a good look at that coaxial plug above because its days are numbered.

The Apple Television will most likely have HDMI connectors for your Sky box or Freeview box and WiFi or Ethernet to connect to the Internet. If we had to bet money we’d say the back of the Apple TV will have one HDMI socket, one Ethernet socket, and one power socket. And Apple’s R&D team are probably scratching their heads figuring out how to get rid of each and every one of them so everything can be done wirelessly.

Although the idea of a television that doesn’t receive television out of the box may seem a little strange, in many respects it’s the system most people are used to, there can’t be many people left who aren’t connecting digital Freeview or Sky boxes to their television sets. So it makes sense on a practical level as well as facing towards the future rather than the past (something that Apple’s shown a history of doing).

But if Apple goes down this route. It does mean that the Apple Television isn’t really a television until you attach a box to it, or download the iPlayer (or other apps). Until then it’s a big screen with a snazzy interface and an internet connection. Like your iPad. The one that doesn’t need a BBC license fee to use.

And that’s going to leave the BBC in a bit of a pickle.

Can the BBC license the internet in the UK?

The BBC is in a similar situation to SVT but has so far resisted moves to extend the licensing scheme to the Internet, even though it is deeply involved in providing internet services to the UK with BBC Online. The web-based service of the BBC is currently the world’s 48th most visited website, according to Alexa. It has over two-million pages.

BBC iPlayer is the UK’s most popular catch-up television service, used by 17 per cent of active internet users in the UK. Although there’s no denying the popularity of the services, 17 per cent does not seem to us enough to warrant extending the licensing fee to all users as SVT has.

And there may be some people who just don’t need live television any more. Between Netflix, Lovefilm, and all the catch-up services they are good without watching live broadcasts. There are many people who use their television primarily for videogaming, with DVDs or streaming services offering other entertainment. 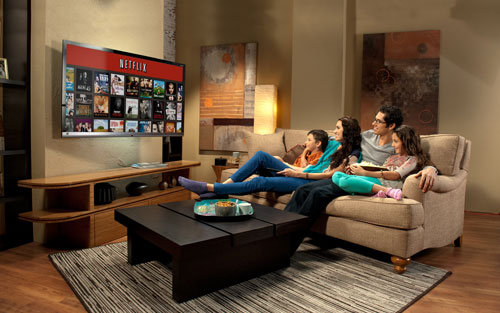 Apple may be the first company to offer a device that gives them the choice of backing away from live television, and legitimately backing out from the television licensing system prevalent in most countries outside of the USA.

The license fee is, itself, not without its critics. Most popular news outlets in the UK are critical of the license fee. Charles Moore from The Spectator referred to the BBC licence fee as “the most regressive and most ruthlessly collected of all government imposts”, for example. Although to be fair all private media companies are – in some sense – commercial rivals to the BBC which means everything should be taken with a pinch of salt. (Although we think that cuts both ways: the BBC license fee isn’t above reproach just because everybody outside of the BBC competes with it).

The license fee in its current form remains relatively popular with the public. A report by Ofcom in 2001 found general support for the service. But even the most staunch licensing proponent would find it hard for us to see the system extending to a general Internet tax in the UK.

Even though the BBC’s services are popular, most people begrudgingly pay the £140 per year. 97% of the population currently owns a television in the UK, and the evasion rate is only 5.3% according to the BBC.

Paying for an Apple Television rather than the license fee

The Apple Television isn’t expected to be cheap. We are currently betting at between £900 and £1500 depending on size and feature set, but offsetting £140 per year over the 6-7 year upgrade cycle that televisions typically have might sweeten the deal for some people.

The answer is, as The Telegraph rightly noted, that it can’t. Even if it finds a way, it might sadly discover that every year that number is fewer and fewer people.

The BBC cannot legally or practically enforce license fee evasion on the iPad. It might not be able to enforce it on the Apple Television either. At what point does that 5.4% evasion become 10%, 20%… 50%. Where is the line between evasion and genuine non-use? How does the BBC prove in a court of law that one person is using an Apple Television to watch live television when a lawyer can reasonably argue that they’re not?

And once people have the choice. Once you say to people “Here’s your new television, now do you use it to watch live television? Ever? Then you need to pay this £140 yearly fee.” Then that changes the landscape. Most people start to think “well, do I really watch live television. Not that much really? I can probably do without. I don’t think I’ll bother paying this £140 charge”.

And here’s the other really tough part for the BBC. If this is the type of television that Apple makes, it will not be the last company to do so. Whenever Apple makes a successful type of product Samsung, Sony and all the other companies quickly follow suit. Sometimes they introduce new features, for sure, but it’s Apple’s blueprint that they follow.

See also: Apple television is ‘worst kept secret’ and everyone wants to copy it

Just as everybody is buying iPhone-esque smartphones, and iPad-esque tablets, they’ll buy Apple-esque televisions. And if Apple’s recent successes are anything to go by they’ll buy them in fairly large numbers.

It seems that SVT in Sweden has decided that the argument has reached its crux and that it wants to transfer the television licence to an internet license before all televisions effectively become computers with snazzy voice and motion interfaces. Whether the BBC will eventually follow SVT’s lead, or will be capable of following SVT in the UK, remains to be seen.

For its part the BBC says “More than 97% of households currently have a TV and so the vast majority of people watching on computers or mobiles at home will be covered by the TV licence they already have. We want to offer our audience more choice around where and how they access our range of services but we fully expect this to supplement, rather than replace, viewing via traditional television.”

Meanwhile we expect Apple to replace the traditional television this year.