Disney CEO and Apple board of directors member Bob Iger has spoken about his relationship with Apple’s late co-founder Steve Jobs in an interview at the Hollywood Radio and Television Society Panel on Wednesday.

During the interview, Iger said that Disney’s acquisition of Jobs’ animation Pixar for $7.4 billion in 2006, which ultimately made Jobs Disney’s biggest shareholder, almost didn’t happen due to disagreements between Jobs and previous Disney CEO Michael Eisner.

So, when Iger found out that he was to be promoted to CEO of Disney, Jobs was one of the first people he called, reports Hollywood Reporter.

“I don’t even remember it being totally premeditated,” said Iger during the interview this week. “I just decided to call my parents and my grown daughters in New York and a couple of good friends and Steve.” 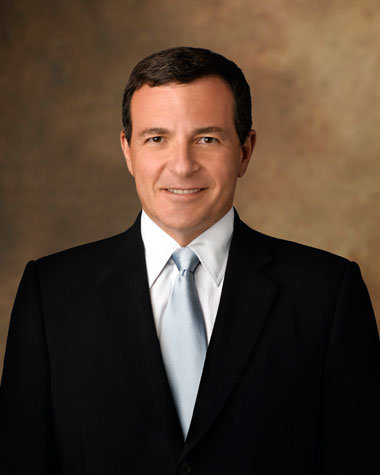 During the phone call, Iger asked Jobs if they could meet to discuss whether Disney and Pixar’s relationship could be “salvaged.”

Iger went on to say that Jobs was “relentlessly” honest and candid, and sometimes called him on weekends to let Iger know that the Disney movie he had just watched “sucked.”

But Iger found Jobs’ honesty infectious, and said that he adopted the approach with Jobs about Disney’s need to acquire Pixar in order to improve its animation offerings, which he later discovered had impressed Jobs, according to Walter Isaacson’s biography of the Apple co-founder.

Iger described how his relationship with Jobs and his position on Apple’s board of directors has taught him that it is important to accept risk as CEO of a company.

“I’ve learned over the years that, while you can’t be dismissive of risk, particularly in the corporate world… if you are too focused on it you won’t do anything,” Iger said. “You don’t get anything done CEOs of companies that need to grow and need to evolve cannot be risk-averse.”

“So while I’m always aware that there’s risk involved in some of these big decisions, I focus far more on opportunities,” he added. “And it was the opportunity that Pixar presented to Disney that I spent much of my time on, in weighing whether we should step up and buy Pixar.”

In November last year, Pixar renamed a building in its headquarters “The Steve Jobs Building” in memory of the Apple co-founder, who died after losing his battle with cancer in October 2011.