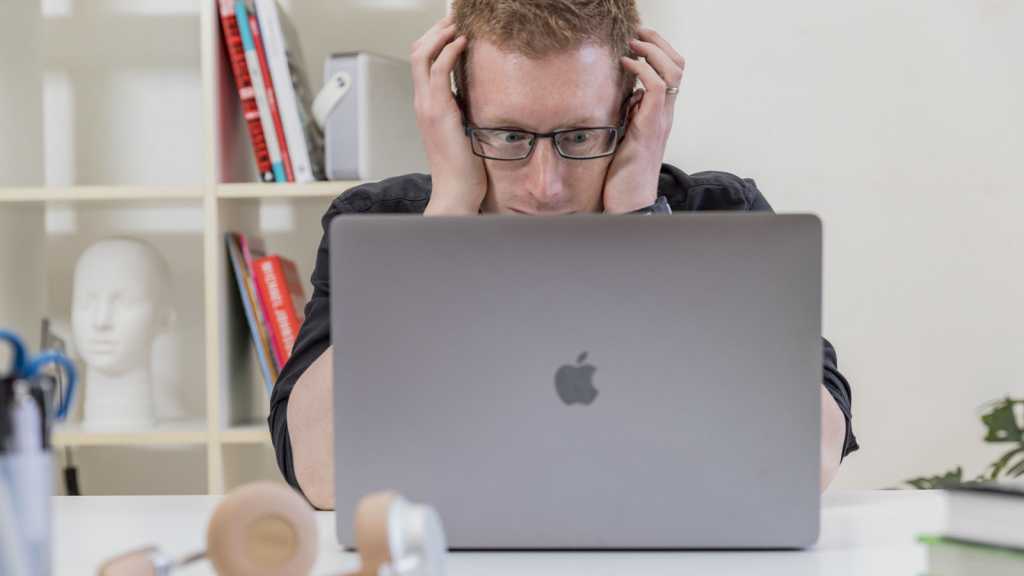 There are lots of reasons why you might find that your Mac won’t turn on, or your MacBook won’t start up, but you probably just want to get it working again. We’ll run through the various checks and changes to make to get your iMac, Mac mini, MacBook Air or MacBook Pro to turn on so you can start using it again.

Read on for some simple tips that should get your Mac working, from the obvious stuff like checking the power connection, to performing a power cycle, starting in Recovery mode, and checking the file system. And if your Mac really is dead, we’ll also tell you where to turn next.

The fixes in this article apply to most recent versions of macOS. The menus and interfaces may look slightly different depending on which OS you are running, but their functions are in essence the same. Similarly, if you have an M1 or M2 Mac there are some changes to the way you perform certain functions – like starting up the computer in Safe mode or Recovery, we’ll detail these below.

Check your Mac turns on

First, let’s find out if the problem is that your Mac won’t start up, or that it won’t turn on – those might sound like the same thing, but there’s actually a big difference.

Press the Power button on your Mac. If you don’t hear a startup chime, you don’t hear any fan or drive noise, and there are no images, video, or visuals of any sort on your display, then your Mac isn’t turning on at all. You’re not even getting to the point where it refuses to start up.

i) Check your power connection

Don’t be the cliché: check that the power is on and the Mac is plugged in correctly. Or if it’s a laptop, be sure that the battery isn’t dead – and if it needs charging give it a while to attempt to charge before concluding that it isn’t going to work. If your MacBook won’t charge read this.

It may be that the fault resides with the power cable. If you’ve got a friend with a Mac power cable that fits your machine, try it to see if that solves the problem. If it does, it could be a simple fix that involves finding a secondhand power cable on eBay (although we advise against buying third-party power cables that aren’t made by Apple, as they are much more likely to be faulty and possibly dangerous).

If you recently had a power cut, that could be responsible: your power adaptor could have been damaged in a power surge and you may need a new one.

Finally, it’s possible that the cable is loose, and pulling it out and plugging it in again will solve the problem. But we doubt it will be that easy.

Apple sells various cables for charging Apple Macs and laptops. You should find the one you need here: Apple power adaptors. Also read: Which MacBook charger do I need?

Unplug all the accessories (such as printers and USB hubs) attached to your Mac. It could be that one of your peripherals is causing problems with the startup sequence.

If you recently installed new RAM or a new hard drive in your Mac (both of which are something you can only do with old Macs), make sure they are correctly installed and compatible. (If possible, reinstall the old memory or hard drive and see if that helps.)

If none of those steps work then it’s time to move onto the next stage.

If you aren’t hearing any signs of life, you could perform a power cycle, which involves forcing your Mac to restart after killing the power to it.

If performing a power cycle on your Mac doesn’t help, or if pressing the Power button on the M1 or M2 Mac doesn’t open the start up options, there are a few other simple things to try out before moving on to the more complicated steps.

If you’re using a desktop Mac such as a Mac Pro or Mac mini this could apply to you. If you don’t have a separate display plugged in you can skip this step.

You could have a problem with the display you have plugged in, rather than the Mac itself. Have a listen to your Mac to see if it’s making any sounds during boot-up.

It is possible that your Mac does turn on, but doesn’t boot up because it can’t access the display – if that’s the case you are most likely having trouble with the display hardware (rather than a broader startup issue).

If you think it’s a problem with your monitor, then take a look at this Apple Support document for advice on troubleshooting a display. If your display isn’t working the advice is to:

Boot up your Mac in Safe Boot

Safe Boot limits what checks and functionality your Mac focuses on during startup, and performs certain diagnostics. It’s rare, but sometimes you can get your unhappy Mac to start up successfully with a Safe Boot, and then restart it normally, and everything returns to hunky-doriness. If you want more help with this step read: How to start a Mac in Safe Mode.

Now you are in safe mode we will discuss how to use Safe Mode to fix your Mac start up issues.

While you are Safe Mode the interface will look very slightly different, with blocks of colour rather than transparency. The biggest giveaway is the Dock at the bottom of the screen, such as in the image below, for example.

Once in Safe Mode you may be able to run certain checks (we’ll run through these below) and make changes that could fix your Mac. For example you could reinstall macOS or update other software.

If you find you can start up in Safe Mode it is probable that the issue is related to one of your startup items, in which case you should go to: System Preferences > Users & Groups and remove all the items (click on -). You could use trial and error to work out which startup item is causing the problem.

The name refers to special memory sections on your Mac that store data that persists even when the Mac is shut off, such as volume settings and screen resolution.

You might need to grow an extra finger or two for this one, or have a friend help you out. Here’s how to reset the PRAM/NVRAM on your Intel-powered Mac:

On M1/M2 Mac resetting the NVRAM means using Terminal, the method is discussed in the article linked above.

In some situations, you may need to reset your Mac’s SMC (System Management Controller). This is largely a last-ditch attempt to fix the current version of macOS before attempting to recover the data and moving on to reinstalling the OS.

SMC is absent from the M1 Mac so you can’t reset it. However you can change the settings that the SMC used to look after. We discuss how to do this here: How to reset a Mac’s SMC. We also discuss How to reset the NVRAM, PRAM, and SMC on any Mac.

Here’s what to do if you want to reset the SMC (Intel Macs):

On a Mac laptop:

On a Mac desktop:

If your Mac is booting, but the operating system isn’t loading up, you may have a corrupted drive. Luckily it is possible to fix this in Recovery Mode. We have a detailed tutorial on using Recovery Mode here, but we’ll run thorough the basics below.

Yet again, accessing Recovery Mode is a little different on an M1/M2 Mac (read about All the new ways of doing things on M1 Macs).

The first step is to run Disk Utility. On a Mac running Mountain Lion or later, which will be the vast majority of Macs, you can run Disk Utility by booting into Recovery Mode.

Now you are in Recovery mode here’s what to do:

In Recovery Mode you can also do the following:

Revive an M1 or M2 Mac with Configurator

If you have an M1 or M2 Mac and you still haven’t been able to revive it, the next option to try is to use a second Mac running Apple’s Configurator 2 to update the firmware.

You will need a second Mac, a USB to USB cable, a web connection and Apple’s Configurator 2 software.

The process is a little different for an M1 desktop, like the Mac mini, iMac, Mac Studio.

How to use the Configurator software to revive an M1/M2 Mac.

This step should be taken prior to reinstalling macOS and it depends on your backup situation. You do make regular backups, or at least sync important documents, music and photos to the cloud, right?

If you’re not sweating at the moment, and are confident in your Time Machine or other backup solution, then skip to Step 10 below. But if you wish you’d backed up your Mac then now is the time to see what you can salvage from the machine.

For this, you’ll need a second Mac. If you haven’t got one then ask a friend. Follow these steps to use Target Disk Mode on an Intel Mac, or Mac Sharing Mode on an M1 or later Mac.

This places your Mac in Target disk mode. In Target Disk mode your Mac acts like an external drive. You should now hopefully see the hard drive for your faulty Mac on your second Mac’s Finder.

You should be able to grab the files you need from your unresponsive Mac, or even clone the entire hard drive to another external drive. Good luck!

This is pretty drastic, but if you have tried everything else, then reinstalling the operating system could remove the issue that is stopping the Mac from starting properly.

Remember macOS Recovery from step 7 above? You can use it to reinstall macOS too.

Our article on resetting a Mac to factory settings has more information on wiping a Mac and reinstalling macOS.

If you’ve made it this far and your Mac still doesn’t work, you’ll need to take it to an Apple Genius Bar to see if they can help you fix it (or arrange for a repair under warranty). Hopefully you have got enough data from your Mac so as to be able to back up, or continue working on a new Mac.