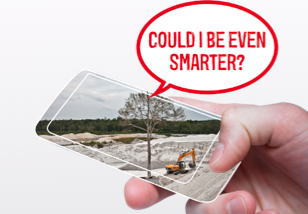 Friends of the Earth is accusing Apple and Samsung of “trashing tropical forests and coral reefs in Indonesia” due to the use of tin in the iPhone and iPad. Tin is used as solder in most electronic products, according to the organisation.

The activists have partnered with a free app that uses augmented reality to display information relating to the use of tin in Apple and Samsung products.

The free Aurasma app is available to download from the Apple App Store.

Friends of the Earth claims it is embracing “digital guerrilla activism” with the project that will see 12 key Apple and Samsung stores around the country be digitally tagged. When a user of the app points their phone in the direction of signage in those stores the app will play an “interactive Aura” showing a short film that reveals the devastation caused by mining tin for smartphones in Indonesia.

Users can then click through to a website where they can email Apple and Samsung to ask them whether they use tin – an essential component in all electronic items – from Indonesia. 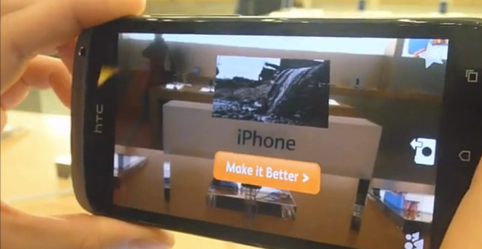 According to Friends of the Earth, the average tablet/Apple iPad weighs 650g and contains 1.3g of tin-rich solder.

The organization claims that all electronic gadgets contain tin-rich solder, an alloy of at least 95% tin with a little silver and copper, to hold together resistors, transistors and circuit boards.

Almost half of all mined tin is turned into solder for the electronics industry. Around a third of the world’s tin is from the Indonesian islands of Bangka and Belitung, claims Friends of the Earth.

The Friends of the Earth’s Make It Better campaign launched last November and calls for tough new rules to make all companies come clean about their supply chains. The organisation says it is using new technology and social media to find fresh ways to reach new audiences and publicise its messages.

Friends of the Earth’s Head of Campaigns Andrew Pendleton said: “More than 14,000 people have asked Samsung and Apple if their products contain tin that’s trashing tropical forests and coral reefs in Indonesia – so far they’ve refused to say.”

We haven’t been able to test the app yet, but you can watch a video of it in action here.