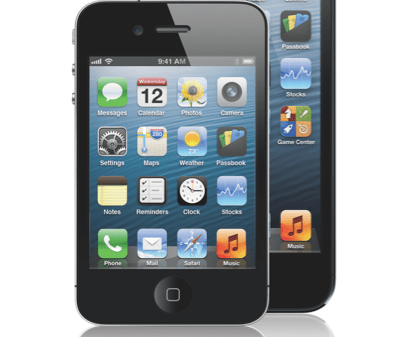 Following the alleged discovery iPhone prototypes with multiple screen sizes, an analyst has claimed that he is “now confident” that Apple will launch a low-cost iPhone this year.

Topeka Capital analyst Brian White said in a note to clients on Monday that his research has found further evidence that Apple is planning to launch a cheaper iPhone to address China and other emerging markets.

“In late December, our research uncovered iPhones in different screen sizes for potential launch in May/June, allowing Apple to better bifurcate the market and pave the way for a lower-priced iPhone,” White said.

White believes that the cheaper iPhone will launch this year, possibly as early as June. He guesses that the iPhone could be called the ‘iPhone mini’ or the ‘iPhone Air’, reports Forbes. 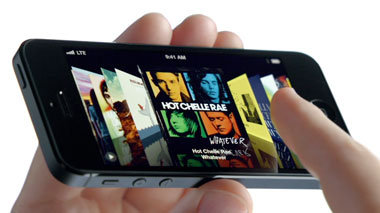 “We believe a $250-to-$300 price point will allow Apple to significantly expand its reach in the smartphone market and better address developing markets such as China, while opening up more opportunities in Brazil, Russia, India and elsewhere,” he wrote.

White expects that Apple will use several cheaper components in order to price the new iPhone at a low cost, including a more affordable display, case, memory wireless, camera and processor. “The case would be an interesting area of cost savings with a lower priced material (e.g., plastic) versus the aluminium unibody casing on the iPhone 5, while adding colors to excite consumers,” he said. 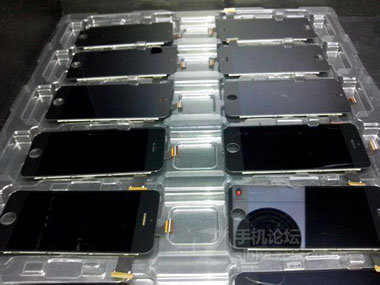 Meanwhile, images leaked from Foxconn yesterday that were initially thought to be of the iPhone 5S or cheaper iPhone have now been accused of being fake by nowehereelse.fr. The French blog suggests that the photos are likely to be of a convincing iPhone 5 knock-off being manufactured in China. 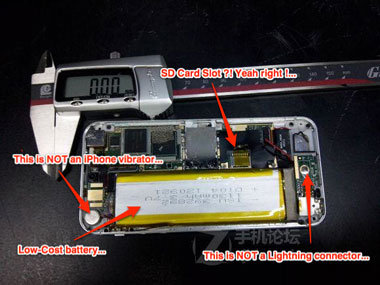 Additionally, an expert from teardown website iFixit told Apple Insider that “the internals don’t look like something Apple would build.”

Earlier this month, the iPhone 5S and iPhone 6 were reportedly spotted at Apple’s suppliers by a source who claims that both smartphones will launch this year.