“The more people are looking at smart watches, the more they might look at Pebble,” the company’s founder Eric Migicovsky told CNN.

Over the weekend, reports from both the Wall Street Journal and the New York Times suggested that Apple is currently working on watch-like wearable devices with some smartphone capabilities, as the company looks to new product categories for future growth.

The reports have led speculation about what features Apple’s watch, dubbed iWatch, could include, and many have turned to similar products that are already on the market, such as Pebble, for inspiration. 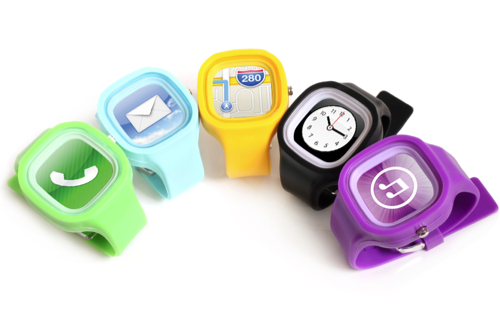 Pebble is a watch that can connect to iPhone and Android smartphones using Bluetooth, to alert users to incoming calls, emails and messages. There are also many downloadable watchfaces and internet-connected apps that users can install on their Pebble.

Pebble started life on Kickstarter, and raised a record-breaking $10 million from the crowd-sourcing site. After a four-month delay, Pebble began shipping in January to the 85,000 eagerly awaiting Kickstarter backers.

A second smart watch creator who also took to Kickstarter to help fund his project is MetaWatch CEO Bill Geiser, who agrees that rumours of an Apple iWatch could help bring in lots of business for the market.

“If the iWatch rumours are true, they would instantly validate the company,” said Geiser. “Apple is magnificently successful in all they do, and they will be in [smart watches] too, I’m sure.”

“But not everyone is going to want the same thing,” Geiser added. “There will be products that do things the Apple watch doesn’t.”

Should the iWatch rumours prove to be true, rumours suggest that the device will run iOS, and will be made of bendable glass that can curve around the wrist. For more information, check out our iWatch release date, rumours and leaked images round up.