iPhone photography is gaining credibility among top photojournalists, Apple employees are catching illiterate criminals, a boy has built an app in an attempt to win back his ex-girlfriend, Apple’s iPads have been modified to be used for top-secret US government business and Siri has been hacked to control an entire house.

Here’s a round up of the fun and fascinating news leftovers for Tuesday 12 February.

Photographer to shoot 50 weddings in one day

Photographer Kevin Kuster will be using his iPhone to shoot 50 weddings in one day as part of a Watts of Love event. The charity is teaming up with Missionaries of Mother Mary of the Poor to bring a pastor to islands in the Philippines, a rare occasion that will see more than 50 couples tie the knot within a day. 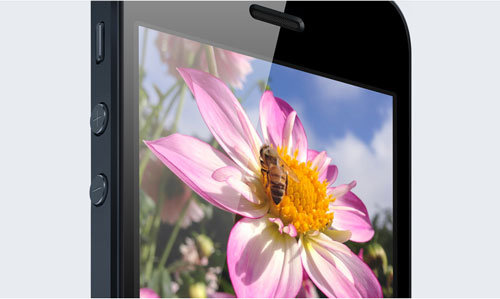 “Most of these people have never owned a photo of themselves,” said Kuster, who is a former Senior Photo Editor at Playboy magazine. “This will be an amazing wedding gift.”

In an interview with DPReview, Kuster said that his subjects relax more in front of an iPhone. “Instead of staring into a DSLR lens, they can look at my face. I feel like it’s more personal,” he said.

On the subject of iPhone Photography, photojournalist Ben Lowy, who has had his iPhone 4S photography published on the cover of TIME magazine, has explained why he uses an iPhone as his camera of choice.

He, like Kuster, also highlight’s the iPhone’s less intrusive nature. “It didn’t get in the way of being intimate with a potential subject,” he explained.

A pair of identity thieves have been arrested by Police in the US after Apple employees spotted that the man and woman were using fake IDs in attempt to purchase iPhones. The giveaway was that several words had been misspelled, including the state, and the phrase ‘organ donor’, which was written as “organ dome” on the fake ID. [ Via CFNew13]

Boy builds app in attempt to win back ex-girlfriend

The app, which Dharmaraj called Shipoopi after his pet name for his ex-girlfriend, is an Android app that lets you choose which apps appear on your lock screen, so that you can skip the home screen when launching an app.

Dharmaraj claims that his ex will find the extra level of efficiency useful because she lives and breathes by her smartphone. He plans to show her the app on Friday as he asks whether she will become his girlfriend again. Awww…?

iPads altered for US Government use

CACI International has apparently altered “thousands” of iPads for secure use by the US government, reports Bloomberg.

CACI’s CEO Dan Allen has described the tablets as “a neutered iPad,” and said that the company alters the hardware in order to make the device secure enough for government use. While he didn’t disclose specific details about the alterations, Allen mentioned that the iPad’s wireless connectivity and camera are among the features that are the highest security risk.

Youtube user Elvis Impoersonator has created a video to show how he has hacked his iPhone 5 and Raspberry Pi in order to create a system that enables him to use Siri to control almost everything in his house.

The video shows him controlling his thermostat, television, garage door and more. You can watch the video below. ( Via The Next Web)