As we wrote last week, Apple’s rights to the iPhone trademark in Brazil was hanging in the balance, in the latest twist, Brazilian regulators have ruled the company doesn’t have the exclusive rights to the name in the country.

Brazilian smartphone manufacturer Gradiente Eletronica owns the rights to the name iPhone, and according to our translation of a story in Brazilian paper Folha De S.Paulo earlier this month, the Brazil’s National industrial Property Institute (INPI) had rejected Apple’s claims.

Now, Brazilian regulators have made that official, but ruling that Apple doesn’t have the exclusive rights to use the name iPhone. While this doesn’t mean Apple has to change the name of its smartphone, the BBC notes that Gradiente could now sue Apple, if they wished to have exclusivity. 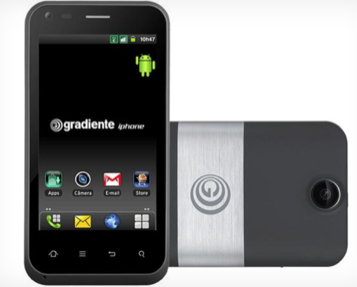 According to the BBC, Apple has argued that it should have been given full rights since Gradiente had not released a product using the iPhone name until December 2012. The company claims that Gradiente should have used the name within five years of filing it.

What seems more likely is that Gradiente will attempt to make money out of Apple. As we previously noted, the chairman of Gradiente, Eugenio Emilio Staub said that he is happy to talk to Apple. “We’re open to a dialogue for anything, anytime. We’re not radicals,” he said.

Apple has already paid to acquire the iOS trademark from Cisco and the iPHONE trademark for iPad from Proview. The company also failed to stop sales of the iFone in Mexico.

IGB claims it filed its request for the iPhone brand name with the Brazilian Government back in 2000 when it realised: “There would be a technological revolution in the world of cellphones with the convergence of voice and data transmission and reception via mobile Internet.”

Why Apple can’t call the iPhone an iPhone