Apple has launched a shorter Lightning to USB cable and has tweaked its in-ear headphones to bring a more rounded look to the remote and mic.

Spotted by MacRumours on Thursday, the new 0.5-meter Lighting to USB cable joins the current metre long cable that was launched when Apple introduced its new Lightning connector with the iPhone 5.  Both cables are available to buy from Apple’s Online Store for £15 each.

The shorter cable follows Apple’s introduction of the 0.5 metre Thunderbolt Cable in January, which joined the previous two metre cable in Apple’s Stores.

The new cable was joined by a minor tweak to Apple’s £65 In-Ear Headphones with Remote and Mic, which have been updated to include a more rounded remote design, bringing it in line with the remote design of Apple’s EarPods, which launched last year. 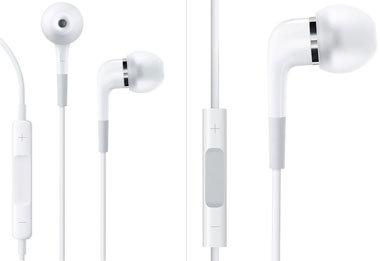 Third-party accessory maker Mophie has detailed Apple’s Lightning connector guidelines for ‘Made for iPhone/iPod/iPad’ in a new interview with The New York Times.

Mophie’s Vice President of Marketing Ross Howe said that Apple’s serial number and embedded authentication chip that is included in the Lightning connector component required for third-party accessories means that: “If you took this apart and put it in another product and Apple got a hold of it, they’d be able to see it’s from Mophie’s batch of Lighting connectors.”

“That’s one thing Apple is good at: controlling the user experience from end to end,” said Howe. “If you’re buying something in an Apple Store, it’s gone through all this rigorous testing.”

Apple would also be able to issue software updates that would disable the use of unauthorised products via the authentication strip.

This week, Apple has also slashed the prices of its Retina MacBook Pro and the top-range MacBook Air models, while giving the lineup a minor speed boost.