Apparently China is to get tougher on copyright infringements and change a law that currently makes the “malicious” registration of trademarks possible.

According to Reuters, a number of international companies and famous individuals have complained to China about the practice.

China state media announced that the country would change the law to crackdown on “malicious” trademark registrations.

The report notes the case of Proview, who sued Apple for the use of the name “iPad,” and were eventually paid $60 million.

ProView, while not a patent troll as such, owes over a billion dollars in liabilities and overdue loans, and is ownedby a number of banks in China, suggesting that the case was intended to make money from the licensing of the patent. 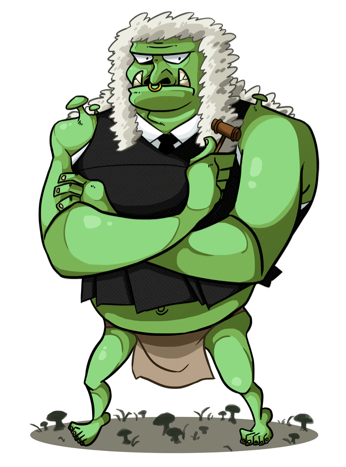 Patent trolls don’t develop the technology themselves; these non-practicing entities or patent assertion entities (to use some more official terms) just buy up patents with a view to making money from companies that often unwittingly infringe on the patents.

According to a report, 40% of patent infringement cases filed in 2011 were filed by trolls.

Here’s a who’s who of some of those trolling Apple.

An Apple patent filing from this January was likely in reaction to a lawsuit filed by Walker Digital in 2011, notes Apple Insider. That report notes that Walker Digital, widely derided as a “patent troll,” filed suit against Apple and more than 100 other companies, including Sony.

Apple’s patent is for a system allowing retail outlets to sell periodicals to customers as part of an ongoing subscription and the Apple Insider report suggests that the periodical subscription patent was sold to Apple by Walker Digital.

Personal Audio calls itself a “patent licensing company”, but many refer to it as a “patent troll”.

Personal Audio is famous for a 2009 suit against Apple, where it sued the technology giant for infringing on its patents related to downloadable playlists and won $8 million. The company has not sold a product since 1998 – make money entirely by suing companies and compelling them to license its patents.

Luxembourg-based Arendi sued Apple last December, claiming that nearly all of Apple’s products infringe on three of its patents.

The company filed a patent infringement suit suggesting that Apple is infringing three patents that all relate to a “Method, system and computer readable medium for addressing handling from a computer program”.

Claimed that Apple’s iPhone 4S and other iOS devices infringe on its location-finding patent number 6,442,485 entitled “Method and Apparatus for an Automatic Vehicle Location, Collision Notification, and Synthetic Voice”.

ISPC claimed Apple had infringed a patent described as ‘Wireless Mobile Phone Including a Headset’.

The patent describes an interface that allows a removable headset “to receive at least telephony audio signals from the phone, and to provide audio signals to the phone.”

Last year it emerged that Apple was being sued by a patent troll that had acquired a BT patent.

British Telecom had sold one of their patents, entitled Mobile Radio Handover Initiation Determination, to Steelhead Licensing who used it to sue Apple, Sprint Nextel, RIM, and Google’s Motorola.

This month a battle erupted between Google and BT, with the search giant suing the UK telecoms company for allegedly infringing four of its patents and accusing BT of “arming patent trolls”.

In response, Google is suing BT, claiming it has infringed a patent originally filed by Fujitsu that describes a method to allow PCs to use an internet-based telephone system.

A BBC report notes that BT has also sold two patents to Suffolk Technologies, who went on to sue Google and AOL over the patents.

Thanks to Ryan Macro for the Patent Troll illustration.

Arendi: ‘All Apple’s products infringe on our patents’