New rumours have suggested that ‘iWatch’ could be the name Apple has given to its widely speculated television set, rather than a smart watch as previously expected.

An article from Benzinga Insights, published by Forbes, suggests that the assumption that the ‘ iWatch‘ is going to be a wearable device could be wrong, and that the rumoured team of 100 people working on the device could actually be making an Apple television.

At present, the rumoured Apple television set is dubbed ‘ iTV,’ but that name is already taken by a broadcaster here in the UK. Alternatively, Apple could call the television ‘iWatch,’ because it describes the action consumers will be carrying out when they use the product.

“The iWatch was a clever ruse,” said a Benzinga Insights writer. “It wasn’t really a watch at all.” 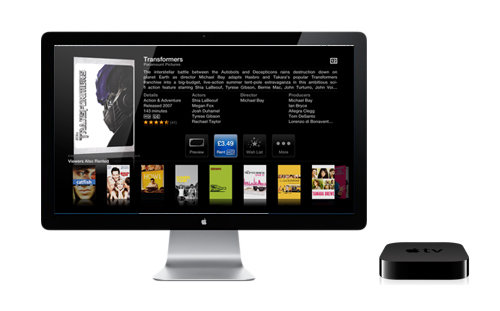 However, former Apple executive Jean-Louis Gassée, who was in charge of Macintosh development in the 1980s, has said that he believes Apple is more likely to launch a smart watch first, with an Apple television in the future, or, more likely, an enhanced Apple TV set-top box.

In an article for the Guardian, Gassée offered a formula that enables him to sift through the rumours to bring some clarity as to what Apple might actually be working on.

He said that Apple is really focused on “designing, making and selling large numbers of personal computers… everything else is ingredient, a booster, a means to a noblest end.”

“Apple TV runs on a version of iOS, and it knows how to communicate with a Bluetooth keyboard – but that doesn’t mean the device is a personal computer. Perhaps Apple will (someday) provide a TV Software Development Kit so developers can adapt existing iOS apps or write new ones. But I still see it as a lean-back device, as opposed to lean-forward PC,” he added, noting that sales of the £99 Apple TV set-top box don’t make a noticeable difference to Apple’s revenues.

“Apple TV is a neat part of the ecosystem, it makes iPhones, iPads, Macs and our iTunes libraries more valuable, but it’s still just a member of the supporting cast,” said Gassée.

“Sales of the iPod proper are decelerating, so the iPod-as-iWatch could give the line a much-needed boost, but it’s difficult to reconcile the rumours of “100 people” working on the project if it’s just a retrofit job,” Gassée continued. “Is Apple working on an iWatch that can be experienced as an Even More Personal personal computer – an “intimate computer”? If so, many questions arise: user interface, sensors, iOS version, new types of apps, connection with other iDevices… And, price.”

“This would be much more interesting than the perennially in-the-future Apple TV set,” he concluded, adding that, despite rumours that Apple is buying luxury-TV maker Loewe, he believes that Apple will enhance the current Apple TV rather than developing a new television set.

Yesterday, we reported that Apple has posted a new listing on its Jobs site that adds evidence to speculation that the company is planning to launch a more advanced version of its Apple TV.

Apple is seeking a Software Engineering Manager to join the Apple TV team to lead the development of new features for the platform, and “help bring the Apple experience to the Living Room.”

Last week, Jeffries analyst Peter Misek suggested that Apple is preparing for a television-related event in March, where he expects the company to unveil developer tools that would allow third-party apps to be created for the Apple TV.

Misek doesn’t believe that a fully-fledged television set will launch during the event, but that the new developer tools will be the first step in setting the stage for such product in the future.

In August, the Wall Street Journal suggested that Apple’s improved set-top box will ‘erase the distinction between live and on-demand TV’.

According to the report, the advanced Apple TV could allow users to watch live television, as well as on-demand services, with an iOS-like user interface and advanced cloud-based DVR functionality.

The WSJ’s report was among the first to suggest that Apple had become more interested in developing its set-top box rather than the widely speculated television set.

With the latest job listing, plus Apple CEO Tim Cook’s revelation that TV is an area of “intense interest” for the company, there is a lot of evidence that points towards a foray into the television industry.

Late Apple co-founder Steve Jobs told official biographer Walter Isaacson that he had “finally cracked” the television before he died in 2011, but as yet, there has been no major update to the Apple TV, and no official indications that an Apple television is about to launch.