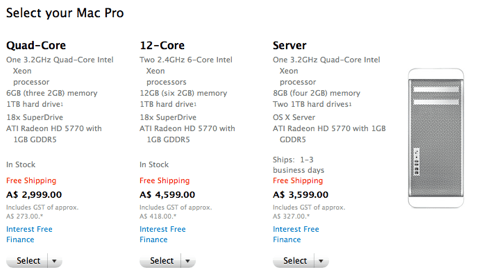 The Mac Pro no longer available to order from the UK Apple site.

The professional Mac is listed as “Currently unavailable”.

The Mac Pro is still available to purchase in countries outside the European Union. It is available to order from Apple in the US, and from Apple Retail in Australia, for example. However, Apple can no longer import the Mac Pro to parts of the EU from 1 March.

As we reported on 31 January, Apple has been forced to remove the Mac Pro from sale in Europe after an amendment to a safety regulation left the professional Mac incompliant. 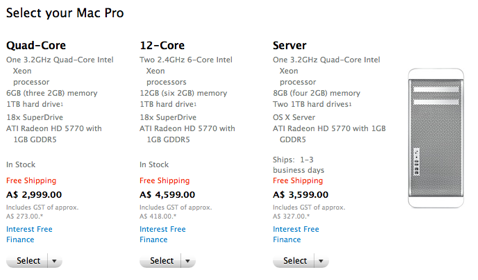 At the time, Apple told us that orders for the Mac Pro must be placed by 18 February as the company will be unable to ship the model to these countries from the 1 March.

The company has had to withdraw the Mac Pro from sale throughout the EU countries and the EFTA trade zone. This is because an amendment to the IEC 60950-1 regulation increases requirements around electrical port protection and the fan guards in the system.

Apple emphasised that reseller partners will be able to continue to sell Mac Pro products that they have in inventory after 1 March. However, Apple won’t be able to ship its pro Mac into those countries.

Apple CEO Tim Cook laid concerns that the Mac Pro may be retired to rest in an email to a customer last year in which he stated:

“Our Pro customers like you are really important to us. Although we didn’t have a chance to talk about a new Mac Pro at today’s event, don’t worry as we’re working on something really great for later next year.”

A French Mac reseller claimed in a letter to clients that Apple had told it ‘New Mac Pro this spring’but that reseller later removed any mention of this unverifiable claim.