Former Apple executive Jean-Louis Gassée has pondered the question of whether Apple needs to focus more on the business user of the iPad in his latest Monday Note.

“Can the iPad evolve toward more business applications without sacrificing its simplicity, without becoming a ‘fridge-toaster’?” asks Jean-Louis Gassée in this week’s Monday Note.

Gassée is focused on the idea that some iPad users need more flexibility. He suggests that the simplicity of the iPad ignores the needs of people who want to perform ‘complicated’ tasks on their iPads.

He notes that the iPad is seen as a vehicle for consumption, not creation. Gassée quotes David Pouge’s initial review of the iPad: “It’s not nearly as good for creating stuff. On the other hand, it’s infinitely more convenient for consuming it — books, music, video, photos, Web, e-mail and so on.” 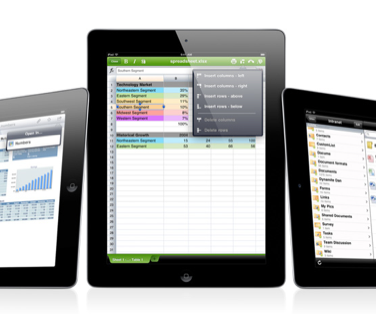 “They want the best of both worlds: The power of a PC but without its size, weight, (relative) unresponsiveness, and, certainly, price,” he writes.

The business use case is not unknown to Apple. The company has claimed that that iPad is used by a large proportion of Fortune 500 companies.

And yet, there is still no way to compose real-world, mixed-document presentations. And there is no way to access non iWork files in iCloud.

“This brings us to a major iPad obstacle: On a ‘real’ PC the file system is visible, accessible; on the iPad, it’s hidden,” writes Gassée.

He notes that users don’t navigate a file system on an iPad. Instead they launch an app that has it’s own trove of documents and can’t see anything else.

Gassée suggests that Apple could transform the iPad so that power users can see and combine data in ways that are impossible today. He suggests: “This could attract business customers who are hesitant about making the plunge into the world of tablets, or who may be considering alternatives such as Microsoft’s PC/tablet combo or Android devices with Google services.”

In 1988 there were rumours that Gassée would take over as president of Apple from Sculley. He was well liked: in 1990 a number of Apple employees held a demonstration to petition Apple management to retain Gassée. However, in 1990 he left Apple, forced out by Sculley and Apple board members.

He went on to found Be Inc, which created the BeOS operating system. Apple considered buying his business in 1996, but while Gassée held out for more money Apple bought Steve Jobs NeXT and used NeXTSTEP to form the basis of it’s new operating system Mac OS X.

iWatch could be name of Apple television, not smart watch