You might have heard that the PC is dead or dying, in fact a few years have passed since Apple’s late CEO Steve Jobs predicted that the “post-PC” era had arrived. Is the PC era over? Google doesn’t seem to think so. Last week it announced the Chromebook Pixel, a premium laptop with a touchscreen that boasts more pixels than Apple’s Retina display but has a rather unusual 3:2 aspect ratio.

It’s worth noting that Apple reduced the price of its 13in MacBook Pro with Retina display by £200/$200 just days before Google unveiled the Chromebook Pixel. 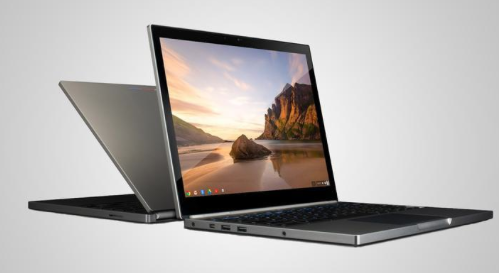 Why did Apple reduce the price of the Retina MacBook Pro?

Apple’ recent decision to reduce the price of its laptops has raised some eyebrows, with reports suggesting that cutting the price of the 13in MacBook Pro with Retina Display so soon after launch indicates that the smaller Retina laptop has been selling poorly.

Forbes speculates about whether the reduction is because the MacBook Air was a more affordable but equally desirable alternative. Forbes also suggests that if consumers weren’t prepared to spend $1,699 on a MacBook Pro with Retina display, they are unlikely to want to spend a premium for a less powerful Google machine.

Why would Google want to sell a laptop

Google is clearly hoping consumers will want to pay a premium price, however. While this is not the first Chromebook (previous Chromebooks have been low-cost, feature poor), it is the first to bear the Google badge, which is interesting.

“Why would Google want to be in the hardware business?” asks Asymco’s Horace Dediu. “Samsung currently makes far more operating profit from Android phones than Google does from all its operations,” he explains.

Dediu has put together some charts that demonstrate that Apple and Samsung “tower over the fortunes for software-only Microsoft or service-oriented Google and Amazon”.

He explains: “The value, as defined by the buyer, resides in the whole product,” noting that profit generation is key and that is where Apple (and increasingly Samsung) stand out. thanks to their integrated products.

Is there hope for the PC?

Can Google really make money out of PC sales in a post-PC era? Perhaps the laptop still has some life in it yet.

The Forbes report also highlights that, according to DigiTimes, the entire computer segment is expected to remain stagnant throughout the first half of the year. However, it is thought that Intel’s new Haswell platform, due in June, will give the industry a boost.

Once that happens, hybrid tablets incorporating touch screens and keyboards, and based on Intel’s new Haswell processor, are likely to start hitting the market, and these may threaten the iPad, according to an analyst.

However, Apple’s late CEO Steve Jobs claim that putting a touch screen on a Mac would be “ergonomically terrible”. Speaking at a press conference in October 2010, late Apple CEO Steve Jobs said: “Touch surfaces don’t want to be vertical.”

Perhaps Jobs was wrong and the PC-era isn’t over, perhaps he was wrong and people do want touchscreen laptops. It looks like 2013 will be the year we find out.

New touchscreen PCs are a threat to the iPad, analyst