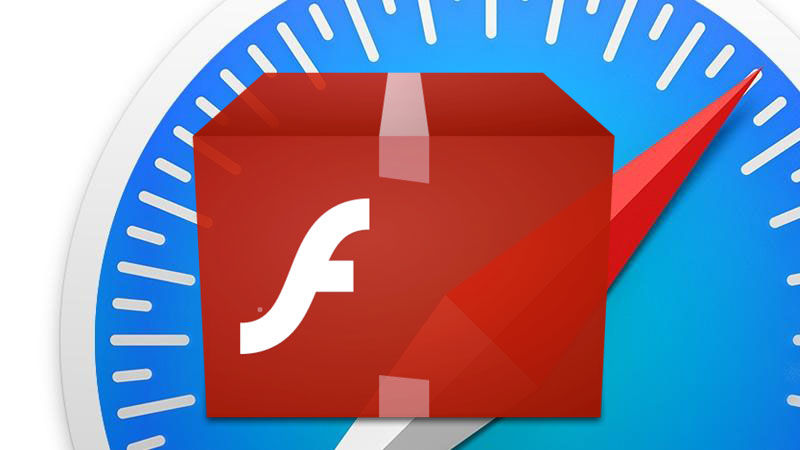 Adobe Flash has caused many problems in the past, with critical vulnerabilities frequently being exposed and Adobe regularly being required to release security updates. In fact Adobe will end support for Adobe Flash on 31 December 2020 – so after that date you should make sure that it is not on your Mac.

These security flaws have affected Flash on Windows, Mac and Linux. How can you ensure that your Mac is protected from Flash vulnerabilities?

Chances are Flash isn’t actually installed on your Mac at all. Since Safari 10 was introduced with macOS Sierra in 2015, Adobe’s Flash Player has been disabled by default – previously you needed to disable it manually. Clearly Apple isn’t prepared to leave customers exposed to Flash vulnerabilities. Apple’s preference is that customers use HTML5, the newer, safer way of browsing the web. In fact, Apple’s Steve Jobs expressed his preference for HTML5 back in April 2010 when he penned his “Thoughts on Flash.”

Even if you have chosen to install Flash on your Mac, it won’t necessarily remain there. Flash tends to disappear from your Mac everytime you update the Mac operating system. We explain how to check whether Flash is installed on your Mac below.

If Flash is installed on your Mac, and you would like to remove it, this article will outline how to uninstall Flash Player on Mac.

Do I need Flash on my Mac?

Before we start you might want to be absolutely sure that you don’t need Flash.

It is likely that you will be able to happily browse the web without requiring Flash at all, as many sites have now been updated to use alternatives, especially since Adobe in July 2017 confirmed that: “Adobe is planning to end-of-life Flash”.

There are very few sites that do still use Flash. The only one of note, we think, is All4. Hopefully Channel 4 will soon update its content to use HTML5. In fact, in June 2017, Channel 4, announced that it would be tranitioning from Adobe Flash-based video players to HTML5, so an announcement should be immanent.

How to tell if Flash is installed on your Mac

To check this, you could visit Channel 4 or Crunchyroll.com, which, at the time of writing, were still using Flash.

If you try and play video you will see a message indicating that there is a Missing Plug-in. 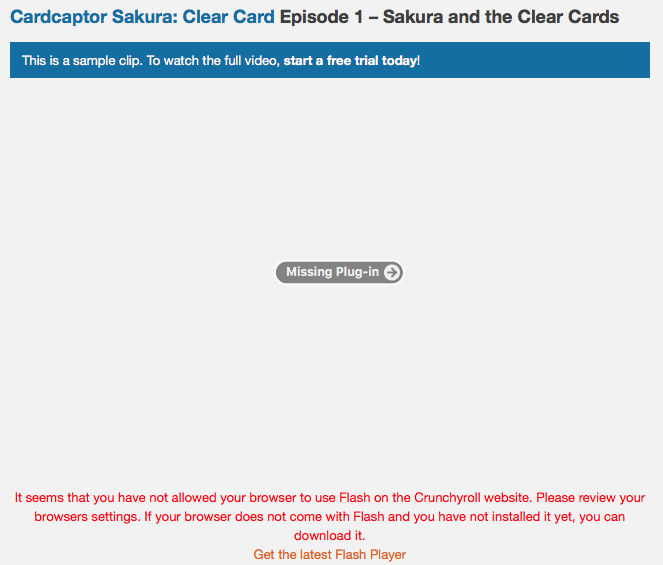 Alternatively you may see a message like this one: 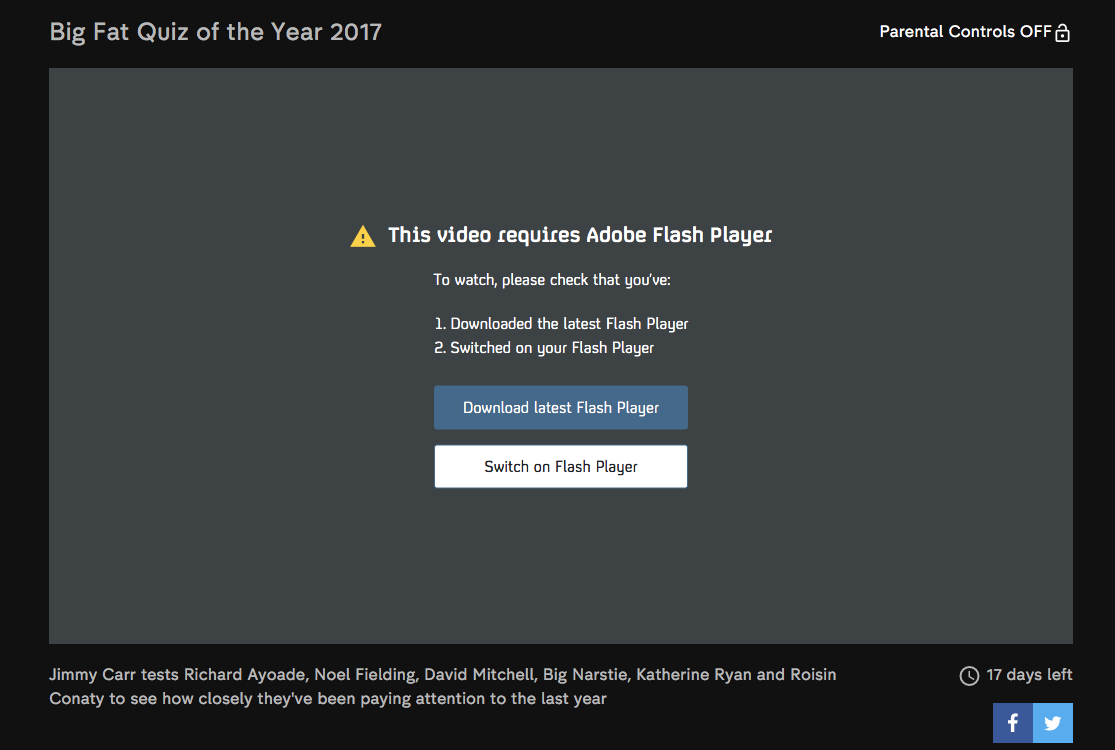 How to uninstall Flash Player on your Mac

If it turns out that you have got Flash installed on your Mac, but you have decided that the web is a better place without Flash – perhaps because you have heard about a recent vulnerability, or because you want to avoid seeing Flash based ads, here’s how to uninstall it:

One reason for Flash’s demise it HTML5, which is an open standard supported natively across a variety of devices and platforms including PC web browsers, mobile devices, and smart TVs.

Flash, by comparison, is proprietary technology owned and controlled by Adobe. Even though Flash was long considered the de facto standard for web-based video, it isn’t a native component of most browsers and either has to be enabled with a built-in plugin or a downloadable one from Adobe.

Java vulnerabilitues on the Mac

It’s not only Flash that can be plagued by security flaws. Java can also suffer from vulnerabilities and has come under fire as the means by which hackers have been able to gain control of computers. Most recently it was flagged by Apple as a way that the Spectre vulnerabilty could be utilised.

Apple wrote of Spectre that: “While they are extremely difficult to exploit, even by an app running locally on a Mac or iOS device, they can be potentially exploited in JavaScript running in a web browser.”

In April 2012 more than 600,000 Macs were reported to have been infected with a Flashback Trojan horse that was being installed on people’s computers with the help of Java exploits. Apple has already stopped bundling Java with OS X by default. You can read about how to disable Java on your Mac here.