American musician Kanye West has claimed that he is Apple co-founder Steve Jobs.

During a performance in Paris on Monday, West told his audience: “No matter how they try to control you, or the ***** next to you tries to peer pressure you, you can do what you ***** want.”

West then went on to compare himself to some of the most creative people in history, shouting: “I am Picasso. I am Michelangelo. I am Basquiat. I am Walt Disney. I am Steve Jobs.”

What West is trying to say here, we think, is that his music is up there with the creations of such minds, like Picasso’s paintings, Michelangelo’s sculptures and Apple’s iPods. 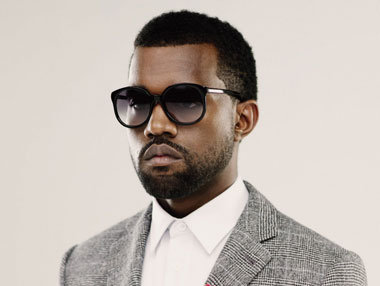 He has, after all, released five solo albums, all of which went on to become platinum, and is one of the most awarded artists of all-time, with a total of 21 Grammy Awards under his belt.

West’s comments have sparked a mixed response, with some reports calling him crazy, and others suggesting that West’s creative mind could be just what Apple needs to add a bit of inspiration to the company, something many have felt it has been lacking since the death of Steve Jobs in 2011.

This week, Apple CEO Tim Cook has said that the company is working on ‘new product categories’, though, indicating that innovation is continuing behind the scenes.

Apple is working on ‘new product categories’ and we don’t like our falling stock, admits CEO Tim Cook

Craig Elliot: ‘Steve Jobs gave me a Porsche because I sold the most Macs’