Speculation about an Apple smart watch has taken off in recent weeks, but a new report suggests that the flexible displays expected to be used for the so-called iWatch won’t be ready for three more years.

Today, Bloomberg revealed that Corning, the company that makes the Gorilla Glass used in Apple’s iPhones, doesn’t expect its new flexible Willow Glass to find its way into consumer products until at least 2016.

President of Corning Glass Technology James Clappin said in an interview in Beijing on Thursday: “People are not accustomed to glass you roll up. The ability of people to take it and use it to make a product is limited.”

The company is putting in “a lot of effort” to teach “very big name” customers how to work with the new glass, said Clappin, who added that Willow glass could be used in some simple products this year, such as a flexible barrier behind solar panels or as a thin film behind touch panels. 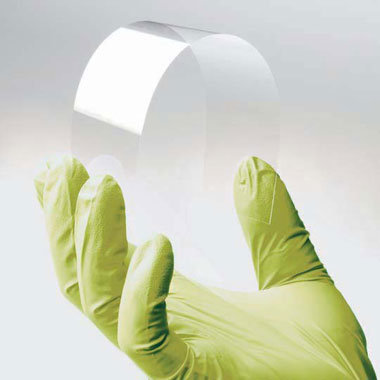 When asked whether Corning had spoken to Apple about the possibility of using Willow Glass to make an iWatch, Clappin declined to comment.

The news puts a dampener on iWatch rumours, which have seen a big surge this year, supported by mounting evidence including several Apple patent applications. In fact, on 21 February, a new Apple patent application was published that revealed the company has been thinking about a wearable computer with a flexible display that can snap around the wrist to become a smart watch.

Earlier in February, Bloomberg claimed that Apple has a team of 100 people working on a smart watch, and the Wall Street Journal and New York Times both also suggested that Apple is working on a watch-like wearable device with some smartphone capabilities, as the company looks to new product categories for future growth.

If that’s not enough, Apple CEO Tim Cook said during the annual shareholder meeting this week that the company is working on new product categories, adding fuel to the iWatch rumour fire.

When we asked our readers whether they would buy an Apple smart watch should the company indeed launch one, one in three said that they would, while 44 per cent said that they don’t need one.