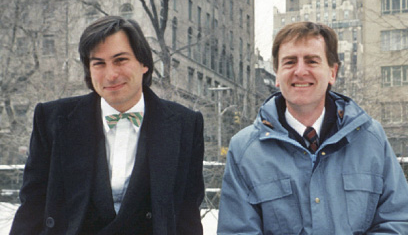 Ex CEO of Apple John Sculley thinks Apple is currently experiencing a “lull in innovation”. What the company needs is the next creative leap, because: “Apple is a creative leap company,” he explains.

“Then you run into a decade like we’re just sort of in right now – the fast follower evolution decade,” he continues, “We’re not at a big breakthrough point in time, but fast followers excel. So Samsung, an excellent fast follower is doing really well.”

“What Apple needs is the next era of creative leap,” he said. 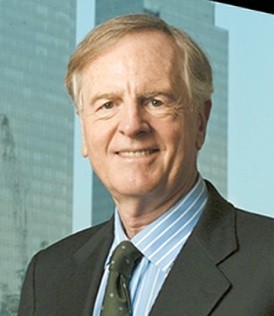 According to Sculley, the next big thing will be sensors. “Not knowing anything about Apple, the next big area, I believe, is sensors.”

He explains: “They are estimating 30 billion connected devices, machine to machine, over the next decade. Sensors, the things we have in cameras, things that can sense almost anything, are going to be very important in the next big creative leap.”

“I have no idea” if Apple is into that, he adds.

Sculley also speaks about another area where he believes Apple should focus its attention: emerging markets.

He notes that: “The price points are going to be much lower than what we’ve seen in the west because you don’t get carrier subsidies.”

“In Indonesia, you can buy smartphones for around $120, Apple sells a smartphone for $800,” he adds.

“Right now Samsung is much more aggressive in this part of the world.”

“Seventy-five percent of the world’s growth is in emerging markets,” noted Sculley while discussing his own business in Singapore.

The team at Apple

“Tim Cook is not a product person, he’s a supply chain expert- probably the best in the world.”

However, this may not matter because Cook “has a great product person by his side and that’s Jony Ive,” says Sculley.

“I think the leadership team at Apple is impressive,” he concludes. “I don’t have any concerns that Tim Cook, Jony Ive are going to do a great job leading Apple.

Regarding the Apple share price, Sculley says: “I think investors are overacting”.

He added: “I wouldn’t worry about Apple; Apple is going to do just fine.”

However, he adds: “We’re in a period now where there’s kind of a lull in innovation so I wouldn’t expect to see a creative leap from Apple for maybe a few years, but when it happens, they will do it.”

Sculley was recruited by Steve Jobs with the words “”Do you want to sell sugared water for the rest of your life? Or do you want to come with me and change the world?” He joined Apple in 1983 and later fired Jobs following a power struggle. He left in 1993.