Apple has been in court trying to prove that it is not operating a monopoly with the iOS App Store.

The company has asked for the judge to throw out the case because if says that the fact that there are no other stores peddling iOS apps doesn’t mean it has a monopoly.

Apple attorney Dan Wall said: “There’s nothing illegal about creating a system that is closed in a sense,” writes Bloomberg.

Apple also claims that taking a 30% cut from developers is not a payment for distribution of their apps. 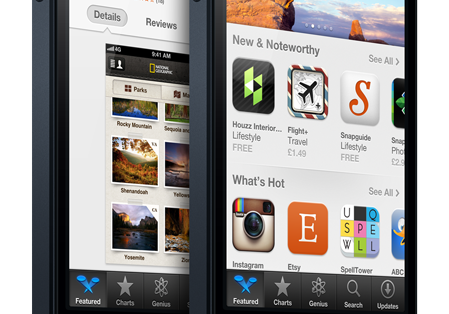 Apple’s argument rests on the fact that they don’t set the price for apps sold on the store.

The plaintiffs in the case claim that the fact that it is impossible to legally buy iPhone apps from anywhere but the App Store is proof that Apple is a monopolist. They also claims that the 30% charge from Apple increases prices.

Attorney Alexander Schmidt asked: “Can a consumer go somewhere else to buy Angry Birds for the iPhone? If the answer is no, then Apple is a monopolist.”

The case was filed in 2011 by seven consumers. Judge Yvonne Gonzalez Rogers, who is overseeing this case, is also overseeing a case where Apple is charges with maintaining a music-downloading monopoly.