Apple’s latest MacBook Pros with Retina display appear to be experiencing fan speed issues that may be related to Apple’s decision to move from an solid-state drive provided by Samsung to one provided by Sandisk.

Reports claim that an issue is causing the cooling fan in the newest version of the Retina MacBooks to spike during basic tasks. French website Mac4ever highlighted the problem with the new MacBook Pro Retina in an article that appeared back in February.

There are multiple threads on the Apple Support Communities forum one has 465 replies since the first post in 23 January, another has 33.

The number of posts indicates that a high percentage of users of the newest MacBook Pro with Retina display are experiencing the issue where their system’s fan will unexpectedly spin up to full speed while doing basic tasks, writes Apple Insider. 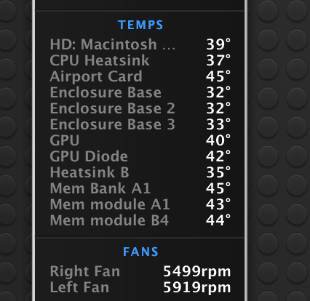 One user suggests that the problem is with the SSD as they note that it’s during file transfers that the fans kick in.

Another forum post notes: “I guess it’s maybe the SSD sensor, if I got the fans kicked in the ssd temp is empty.”

One concludes: “There’s a strong case that the fan spikes are caused by the new SSDs in the 2013 batch. If that’s the case.”

YouTube user Oyinko suggests that the issue may be related to Sandisk solid-state drives used in the latest MacBook Pros. Previously the drives were provided by Samsung. This may have caused a conflict in fan management, suggests Geek.com’s report.

If this is the case it is likely that the issue can be fixed with a software update, although reports suggest that some customers have had hardware replaced by Apple in order to address the issue.